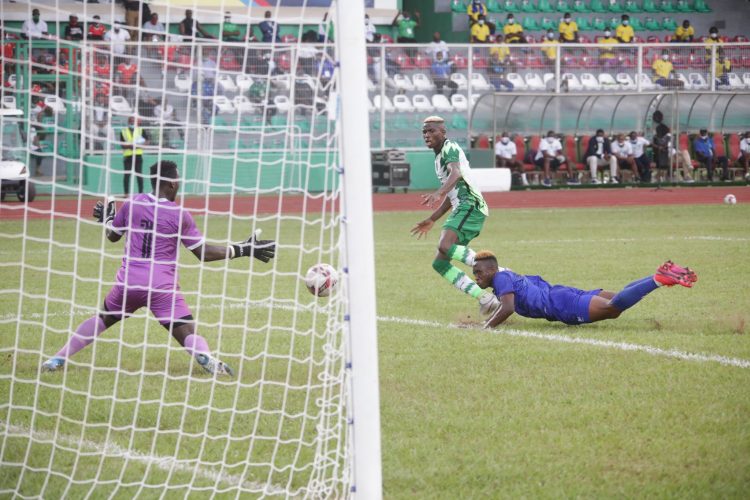 Victor Osimhen could miss Nigeria’s second leg battle with Sierra Leone in Freetown after he was stretched off in Friday’s Africa Cup of Nations qualifier.

Osimhen scored Nigeria’s second goal in the eight-goal thriller at the Samuel Ogbemudia Stadium in Benin City, was replaced by Paul Onuachu in the 78th minute of the game.

Coming at the end of a challenge, the Napoli star landed awkwardly on his wrist before being carried off the pitch.

Coach Gernot Rohr will be hoping that the injury to his star man is not too serious ahead of Tuesday’s game but given the severity if the injury, Tuesday just may come too soon.

The three-time African champions raced to a 4-0 lead within 29 minutes before the Leone Stars responded with Al-Hadji Kamara getting a brace, while the duo of captain Mustapha Bundu and Kwame Quee found the net as well.