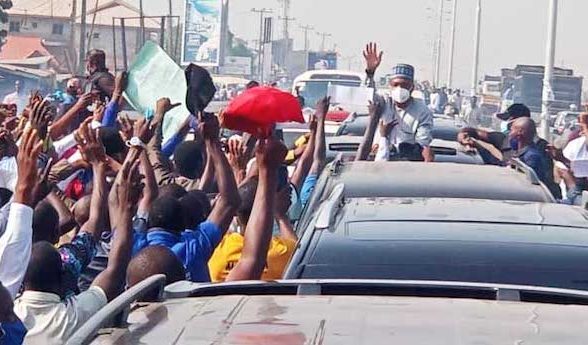 Former senate president, Bukola Saraki returned to Ilorin, Kwara state on Saturday, into the warm embrace of his supporters.

The castaway senator had been on ‘exile’ of some sorts, since the crushing defeat of his Peoples Democratic Party in the 2019 election, by the All Progressives Congress.

His party lost the governorship poll and Saraki also lost his senate seat.

And it formed a guard of honour for him to the Emir’s palace.

After, he left to join prayers for his dad at the family’s GRA residence.

Also present was his younger sister, Senator Gbemisola Saraki, who is the Minister of State for Transport.