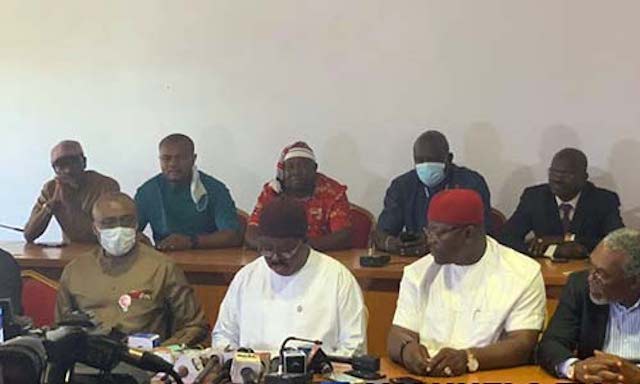 Senator Sam Egwu, middle and other Federal lawmakers from Ebonyi: suspended by PDP

Federal lawmakers from Ebonyi State said they are not defecting from the PDP to the APC, like Governor Dave Umahi.

The lawmakers, three senators and five House of Representatives members said they remain loyal to the PDP.

“Not a single member of the PDP Ebonyi caucus of the National Assembly is defecting to APC.

“The three senators and five house of representatives members remain proud card-carrying members of the PDP, the platform under which we contest and won elections in 2019,” Egwu added.