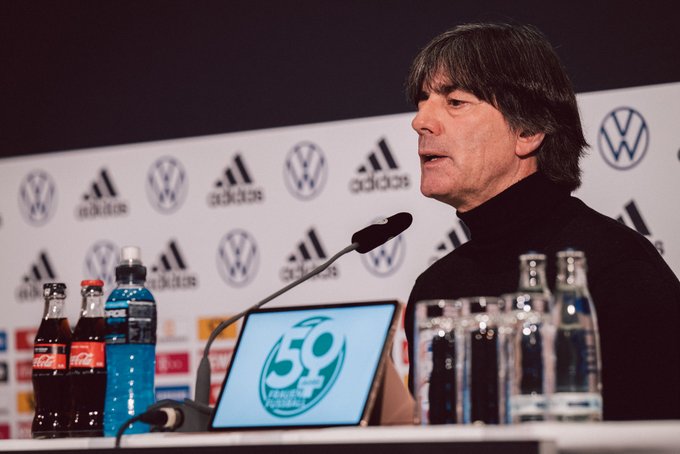 Joachim Loew, Germany coach is not in danger of losing his job after losing 6-0 to Spain in their final Nations League group match on Tuesday, national team director, Oliver Bierhoff has said.

Germany suffered their worst defeat in a competitive game as Spain ran riot and a shell-shocked Loew was at a loss to explain his side’s capitulation in Seville.

The defeat has prevented Germany from qualifying for the Nations League semi-finals.

Germany have hit a rough patch this year, winning only three of their last eight matches, but Bierhoff said Loew would remain in charge until the Euros in 2021.

When asked if Loew would remain the coach until next year’s Euros, Bierhoff told ARD TV: “Absolutely, yes. This game changes nothing. We still trust Joachim Loew, no doubt about that.

“With the national team, you have to think and analyse from tournament to tournament. We want to achieve the maximum at next year’s Euros.”

The Euros were originally scheduled for June-July this year but the tournament was postponed to 2021 due to the COVID-19 pandemic.

Germany needed only a draw to progress to the Nations League semi-finals but the result ensured Spain advanced as the top-ranked team in the group.