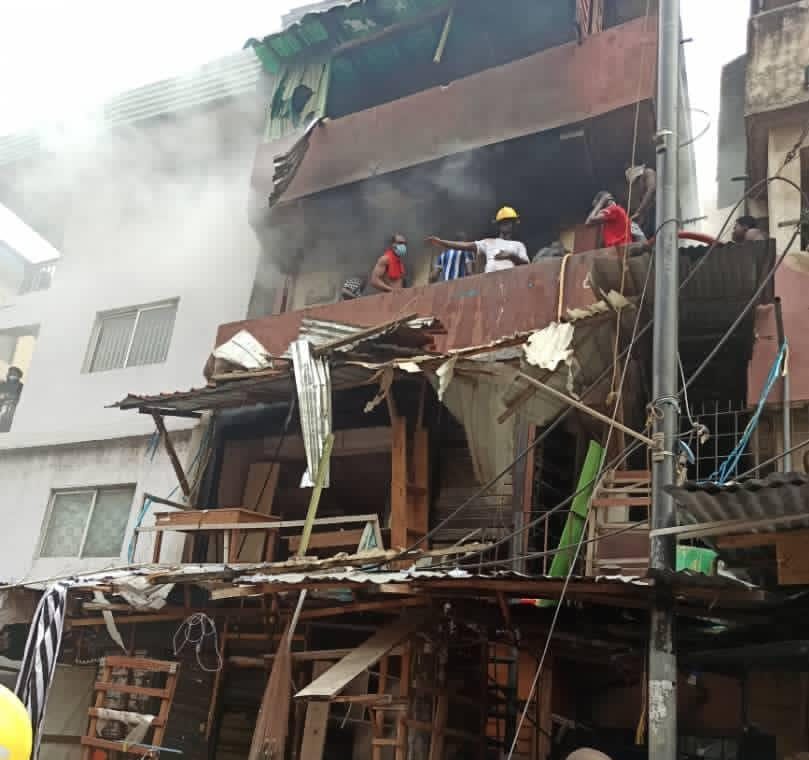 Fire has razed some shops at the popular Balogun Market on Lagos Island, Lagos, Southwest Nigeria.

Shops in a three-storey building in the market were razed by the inferno before emergency management agencies put out the fire.

There was pandemonium when the fire broke out on Friday afternoon as traders scamper to safety.

A huge crowd of onlookers were seen on the ground floor of the building as fire fire fighters arrived on time to battle the raging inferno.

The fire was quickly curtailed as the fire fighters prevented it from spreading to other shops in the vicinity.

Director General, Lagos State Emergency Management Agency, LASEMA, Dr. Femi Oke-Osanyintolu told PM NEWS that on arrival at the scene it was discovered that a double shop on the second floor of a three-storey building was gutted by fire.

“The fire was contained and has been successfully put out by the agency’s LRT , LASG fire , CBD and Federal Fire Service.

“There were no injuries or casualties. Damping down has been concluded,” he said.