Magu: Why I did not honour Code of Conduct Bureau's invitation 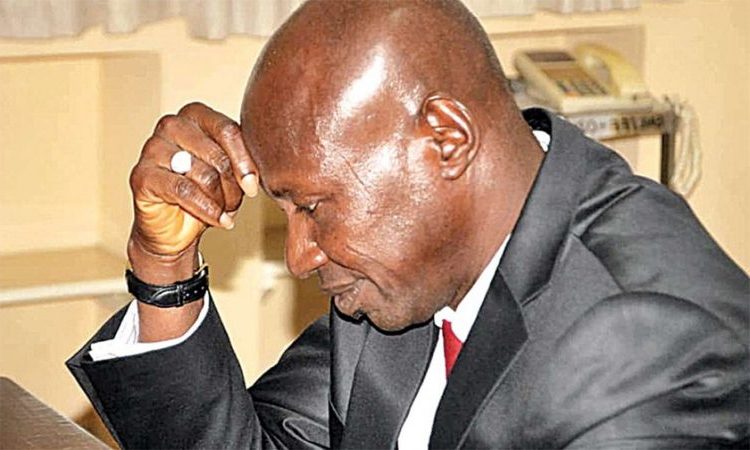 Ibrahim Magu, the suspended acting chairman of Economic and Financial Crimes Commission, EFCC has explained why he did not honour the invitation of the Code of Conduct Bureau where he was expected to present the certified true copies of his asset declaration forms last Tuesday, 17 November.

Magu was expected to produce acknowledgment slips of all the asset declaration forms he has submitted since he was appointed EFCC Chairman, as well as certified true copies of the documents at the meeting with the CCB which he failed to honour.

But explaining why he did not honour the invitation, Magu, through his lawyer, Wahab Shittu, said on Sunday that his client was unable to access the documents.

He added that two letters have already been written to the Chairman of the CBB, intimating him about the inability of Magu to have access the relevant documents as required by the CCB.

“The letters were titled- Re: Investigation of Activities- Letter of Invitation, Breach of Code of Conduct for Public Officers

“Please note that the letters were stamped and acknowledged by the office of the CCB Chairman on the said date of November 17, 2020.

“We also wish to state the said letters were copied to the Director of Intelligence, Investigation, and Monitoring while the letters were also stamped and acknowledged by his office.”