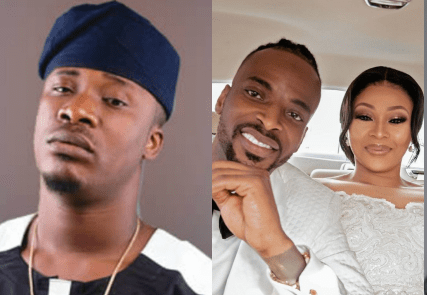 Nigerian singer Iledare Olajuwonlo, popularly known as Jaywon has revealed that he is still single to avoid unnecessary dramas.

Using singer 9ice scandal as an example, the 34-year-old artiste in an Instastory stated that it was wrong to marry a lady and ridicule her.

9ice had earlier appealed to Nigerians to help him save his third marriage with Olasukanmi Akande, after he was captured with another young lady in a hotel room.

In the video released during the week, 9ice was captured caressing the lady’s boobs and warned other guys to stay away from her.

Jaywon wrote: “One of the reasons why man is still not ready for marriage is because of dramas like this…..No marry person come ridicule her like this all in the name of marriage,” he wrote.

“Really feel for the woman. Man go dey OK las las but the woman won’t cause that shit will hunt her for life!!!”