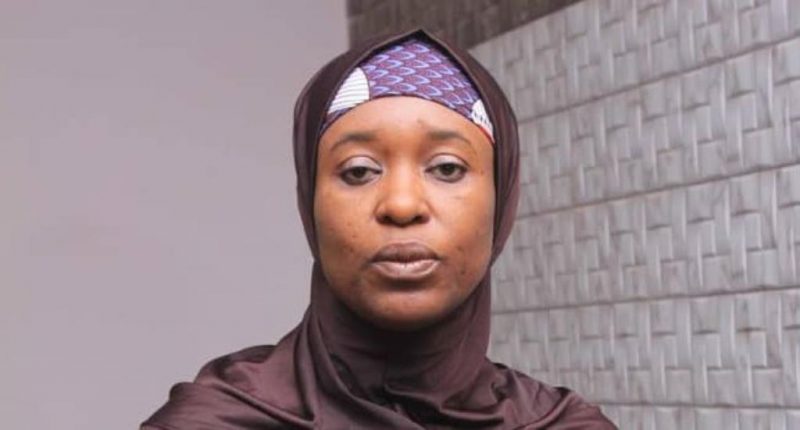 Activist and co-convener of the Bring Back Our Girls campaign, Aisha Yesufu has been listed amongst the BBC’s 100 inspiring and influential women from around the world.

The BBC on Tuesday, November 24, 2020, revealed its list of 100 inspiring and influential women from around the world for 2020.

This year 100 Women is highlighting those who are leading change and making a difference during these turbulent times.

Aisha Yesufu is known for demanding good governance in Nigeria.

She is co-convener of the Bring Back Our Girls campaign, launched in response to the 2014 abduction of more than 200 girls from a secondary school in Chibok, Nigeria, by the Boko Haram terrorist group.

Her role in the recently concluded #EndSARS protests cannot be side played as she was made the face of the protest which saw Nigerians take to the streets to demand greater accountability from the Nigerian Police Force, beginning with the dissolution of the controversial Special Anti Robbery Squad (SARS) members of which have been accused of the murder, rape, robbery of civilians and extra-judicial killings.

Aisha who was born on December 12, 1974, in Kano State, Northwest Nigeria, advises women to “fully and unapologetically take their place in the world. Women should stop asking for a place at the table – they should create their own table.”

She was born by Edo parents but raised in Kano and has always shared her difficult experiences of being a girl-child in a heavily patriarchal environment.

In her words, “By the time I was 11 years old, I did not have any female friends because all of them had been married off but I wanted to be educated and leave the ghetto. Most of my mates were almost grandmothers when I married at 24.”

Others on the list are four-time Grammy award winner, Angélique Kidjo, who advocates on behalf of children as a UNICEF ambassador, Sanna Marin, who leads Finland’s all-female coalition government, Michelle Yeoh, star of the new Avatar and Marvel films and Sarah Gilbert, who heads the Oxford University research into a coronavirus vaccine, as well as, Jane Fonda, a climate activist and actress.