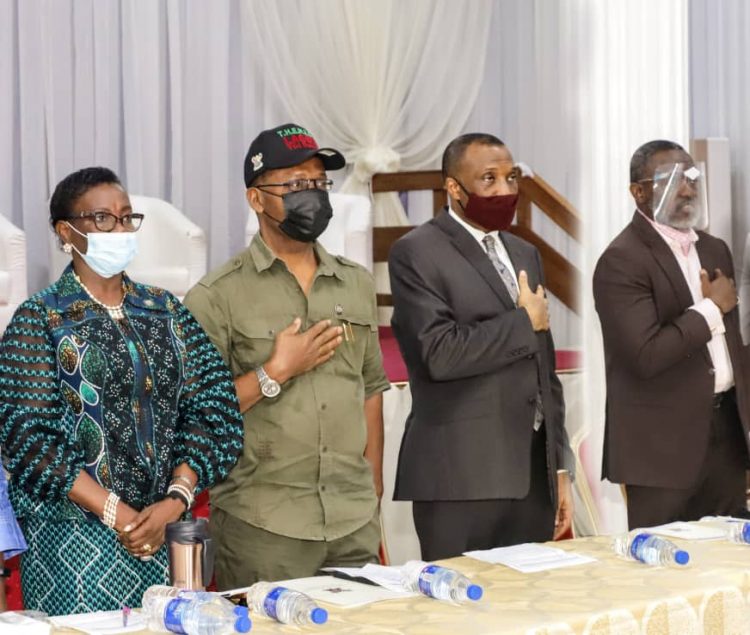 Lagos State Government on Wednesday charged all Local Government Councils to do more to ensure maintenance and cleanliness of all tertiary drains in their domain.

The charge was given by the Commissioner for the Environment and Water Resources, Tunji Bello, while addressing participants at a stakeholders meeting on maintenance of tertiary drains held at the LCCI Conference Centre, Alausa, in Ikeja, Lagos, Southwest Nigeria.

Bello told the gathering that included some Local Government chairmen that maintenance of tertiary drains could also be used to generate employment.

He stated that it was about being creative and that some unemployed youths in the localities could be engaged to clear the drains and also maintain it at a cost that would not be prohibitive.

The commissioner frowned at the present situation where the state was still being forced to maintain tertiary drains in addition to the primary and secondary drains.

He stressed the need for all council chairmen to monitor and put pressure on respective tenements in their areas to regularly maintain and clean all tertiary drains across the state.

Bello added that environmental health officers at the local government levels must also be sensitized while their number is increased to effectively monitor the compliance level of residents in terms of cleaning of tertiary drains.

He said the Emergency Flood Abatement Gang (EFAG) has been responsible for cleaning several tertiary drains and black spots around the state, adding that they functioned as the quick response arm of the state government and have been freeing several clogged up drains from waste and silts.

The commissioner disclosed that that on a weekly basis, the EFAG team worked on about 6,547 meters of tertiary drain channels around the state and had cleaned up tertiary drains measuring about 307.7 kilometers across the state since EFAG was reintroduced in October 2019.

Also speaking, the Special Adviser to the Governor on Drainages and Water Resources, Engr. Joe Igbokwe commended the initiative for the meeting.

He stated that the meeting would create avenues on how better synergy could be created between the State and Local Governments.

Igbokwe expressed optimism that the Local Councils would complement the activities of EFAG in maintaining tertiary drains more than they were presently doing.

He said Lagos has remained largely flood-free all year long due to the efforts of the Office of Drainage Services which is still ongoing.

In his welcome remarks, the Permanent Secretary, Office of Drainage Services and Water Resources, Engr Lekan Shodeinde said the time had come for local councils to take up their constitutional role in terms of maintenance of tertiary drains.

He said the narrative had to change now as all hands must be on deck to ensure a flood-free Lagos in line with the vision of Mr Babajide Sanwo-Olu.

The Stakeholders meeting also featured presentations of law on drainages by Mrs Olubunmi Obadan; an overview of drainage systems by Engr Michael Adekoya and drainage maintenance by Engr Olalekan Ajani.