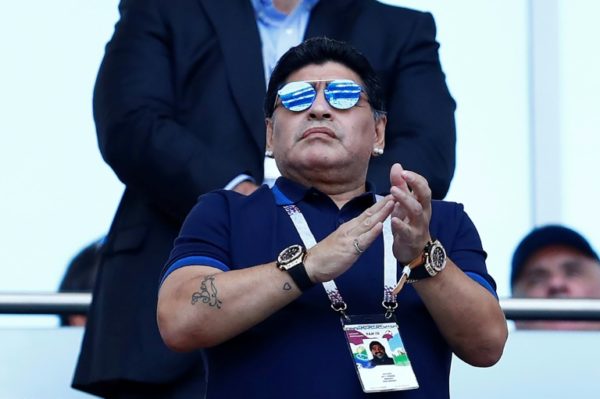 Diego Armando Maradona, one of the most influential Argentines in history, died Wednesday at the age of 60.

His death according to local report was as a result of heart attack the football legend suffered.

The star remained with medical assistance in a house in Nordelta, in the north of the Buenos Aires suburbs, and suffered a cardiac arrest from which they tried to revive him without success.

Maradona on the 30th of October his 60th birthday received a plaque from the Argentine Football Association.

He also got another plaque from the Professional League, through its head Marcelo Tinelli. He played football for a few minutes and left the field in accordance with what was previously established by medical recommendation.

Three days after on November 2nd, Maradona was hospitalized with a “low mood” and anaemia, according to his personal physician, Leopoldo Luque.

The day after, the football legend had a surgery to remove a subdural hematoma which was successful.

On the 4th of November, Gimnasia de La Plata fans, the football club Maradona was coaching before he took ill had fans waiting outside the hospital to accompany him home.

However, he was not discharged.

After his surgery, on November 5th the legend was sedated to aid his recovery. He was said to display withdrawal symptoms.

Maradona was discharged 6 days after from the clinic. His physician said he would be supervised by a new interdisciplinary team.

Afterward, news of his death followed on the 25th of November as a result of a heart decompensation.

The football legend’s burial ceremony has begun already at the Casa Rosada.

Maradona would have a state burial.

The Argentine government has declared three days of mourning for its soccer idol.