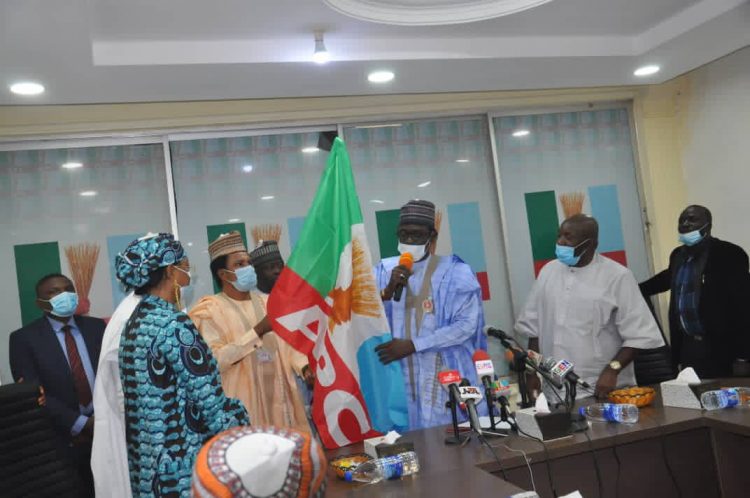 Abbo defected from the Peoples Democratic Party, PDP, into APC on Wednesday.

Abbo was received formally by Buni at the Party’s National Sectetariat.


The event was witnessed by the Senate President, Ahmad Lawan.

Abbo, who represented Adamawa North was presented with the flag of the APC, showing he is now a Bonaire member of the party.

Abbo, a first- term lawmaker, was elected in 2019 to the Senate on the platform of the Peoples Democratic Party (PDP).

He said he dumped PDP because of “the unprecedented achievements of President Muhammadu Buhari who has paid attention to the welfare of Nigeria citizens more than any other President, Nigeria as a country has ever produced”.

Here is the text of part of Abbo’s letter, entitled ” Movement of God’s People from the Peoples Democratic Party, PDP to the All Progressives Congress, APC.

“I write to formally inform you Sir, the Senate and indeed Nigerians of my defection from the Peoples Democratic Party (PDP) to the All Progressives Congress (APC).

This is as a result of the mismanagement of the PDP by Governor Ahmadu Umaru Fintiri in Adamawa State which led to the crisis in the party that in turn led to the polarization of the party in the state (PDP and rPDP).

“Today I join the APC and the President of the Federal Republic of Nigeria, President Muhamadu Buhari to build the Nigeria of our dreams.”