Falana, others for 15th Wole Soyinka Award for Investigative Reporting 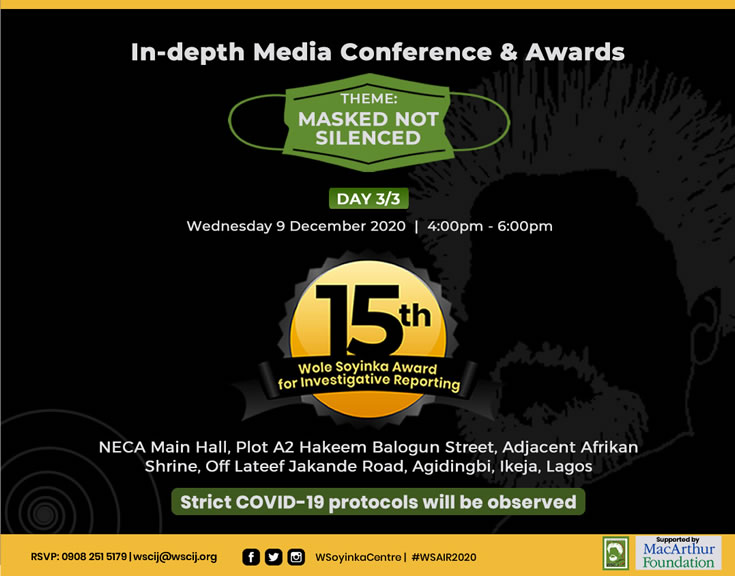 Abigail Ndisika-Ogwezzy, the chairperson of the 2020 judges’ committee 2020, presented the shortlist of journalists after the score’s collation meeting on Tuesday 24th November.

Their stories were painstakingly selected from one hundred and eighty-eight entries received by a seven-person judges board.

Lade Bonuola will be presented the lifetime award for journalistic excellence for his contribution to independent journalism in Nigeria through his years of service at the Guardian newspaper, in the publication’s hayday and his commitment to promoting positive values that link media reporting to good governance and social justice.

On his part, Femi Falana was chosen for the human rights defender award for his consistent defence for the freedom of people who become targets because they voiced their opinion and those oppressed because they are not able to speak for themselves. 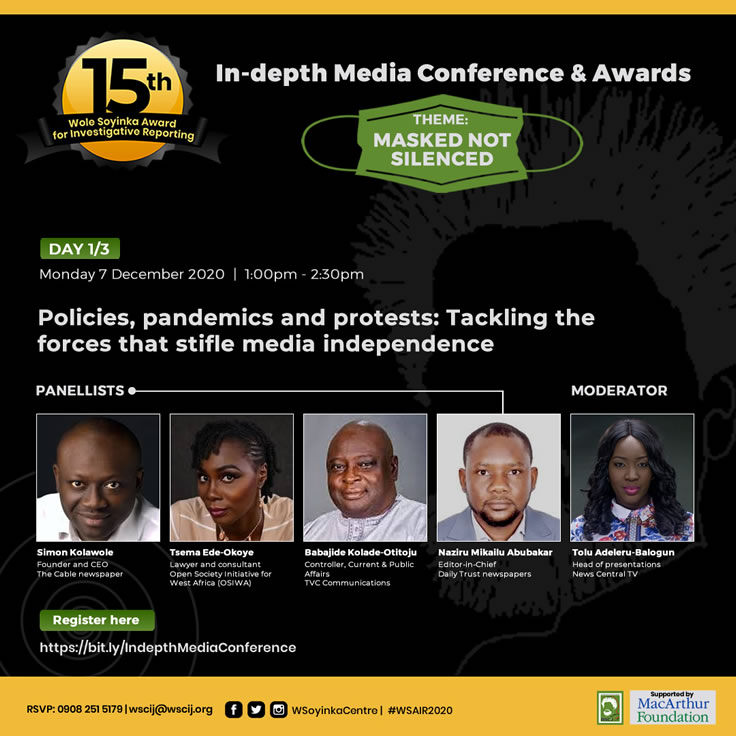 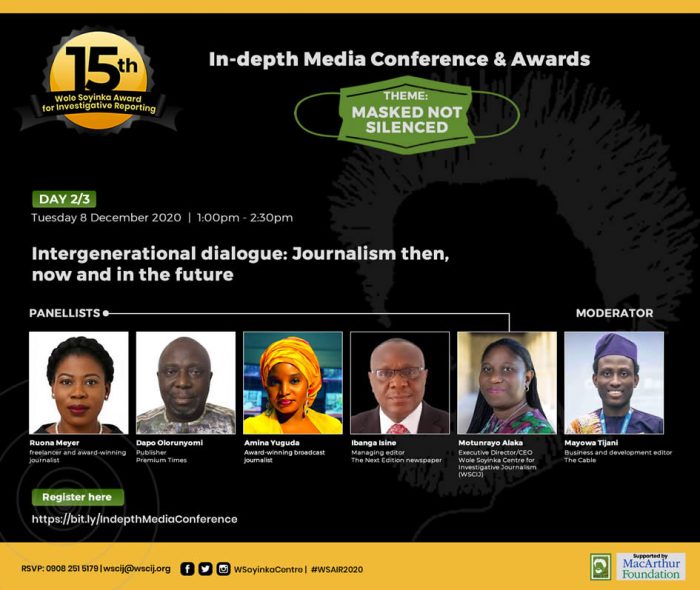 The line-up of activities will commence with an online conference on Monday 7 and Tuesday 8 December from 1 pm to 2:30 pm daily.

The Wole Soyinka Award for Investigative Reporting was launched in October 2005 as WSCIJ’s flagship programme.

The award presentation event, which is free to attend, is held annually on December 9, the International Anticorruption Day and eve of the Human Rights Day, to acknowledge best practices in investigative journalism and call attention to its significance for attaining good governance, accountability, and social justice.

It has produced 98 finalists, 9 investigative journalists of the year and 22 honorary awards recipients so far.