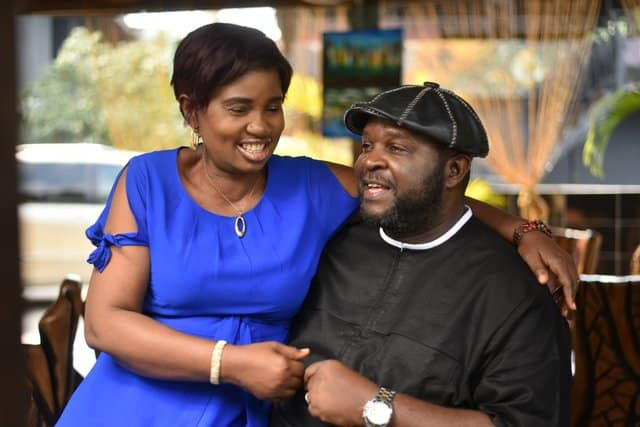 The couple celebrated their beautiful anniversary on November 26, 2020. Buchi announced the good news on his social media handle, after sharing pictures with his wife.

”This is really special…The union is ital. The date is crucial. It’s November 26 And today we are 26
It’s our anniversary again. It’s dancing time again!” he wrote.

These Days, So Beautiful, What a life, The Sound of Life and Over the years.

Born in Kaduna in 1963, he lived most of his life in Lagos, and started his career as a disc jockey in night clubs.

He attended Enugu Methodist College, and Federal Government College, and gained admission to University of Lagos in 1983 to study English language and literary studies.

The “What a life” crooner graduated with a BA and MA in 1986 and 1988 from UNILAG. He took up an appointment with the university at the end of his programme to lecture and run a Ph.D programme.