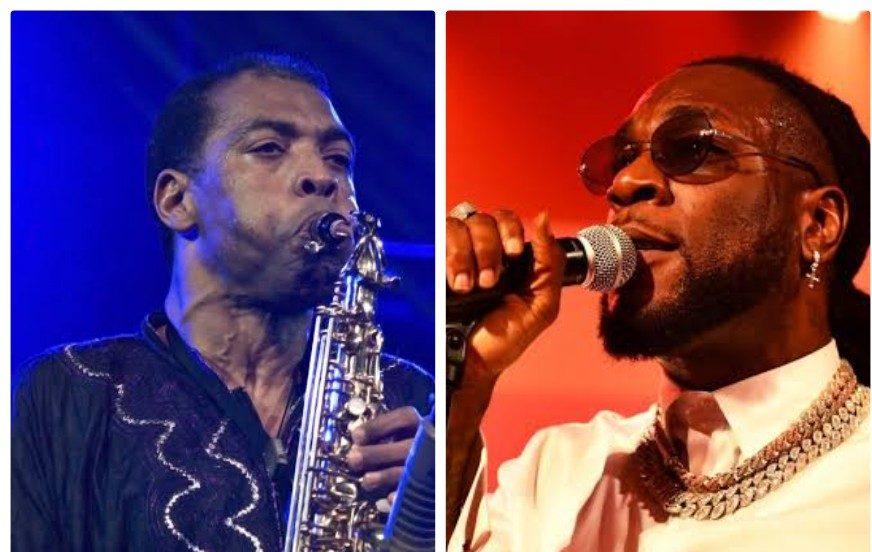 The fans of Burna Boy, with real name Damini Ebunoluwa Ogulu, went crazy after Femi Anikulapo Kuti dropped a message perceived to have targeted their favourite.

Femi Kuti had taken to Twitter to preach that the quality of music should never be centered around awards or international recognition.

The eldest son of Afrobeat pioneer Fela Kuti also noted that great musicians like his father, Bob Marley never won or nominated for an award and yet touched life.

“Music really isn’t about awards though. Fela never won or was never nominated. I don’t think Bob Marley was too.
Music is about spreading heart, giving people the will to go through the hard times in life, etc, and inspiration. Music must bring comfort too,” Femi Kuti stated while reacting to a music chart that described him as the artiste with the most GRAMMYs nominations in Nigeria (5times).

However, Kuti’s message was perceived as an attempt to demean the Grammy Nominations of Burna Boy and other Nigerian artistes.

The criticism poured in torrents and Femi Kuti had to clarify himself many times but all to no avail.

One of the fans said: “Sorry sir if I in any way insulted you, But I see all of the efforts trying to make the Grammy looks like nothing which hasn’t been happening before in Nigeria, since Burna Boy got nominated people want to come out to preach about it not being important.

Reacting to the tweet, Femi Kuti said: “And what has that got to do with me pls? Except u r (You are) saying that I was referring to him.

“You’ve abused me, over a tweet a was addressing myself. The tweet was saying I have 4 nominations & I said many greats were never nominated. Awards don’t define great musicians. (and I explained my definition of music)I only answer u cause I’m thinking u might not understand the tweet.”

After another series of attacks, Femi Kuti clarified himself again.

“This tweet was concerning saying I have 4 nominations, And all I’m saying is that it’s not the objective. Many GREAT musicians have never been nominated doesn’t mean they are not GREAT. I wasn’t referring to anyone but myself, some have chosen to abuse, or drag others. Pity.”

In response to another attack, Femi Kuti said: “If my music gets recognition by awards Thumbs up. I believe most of u don’t understand my tweet. Some are attributing it to Burna boy’s nomination. Maybe the tweet is too complexed?”