Russia tests Zircon hypersonic missile that can destroy US cities 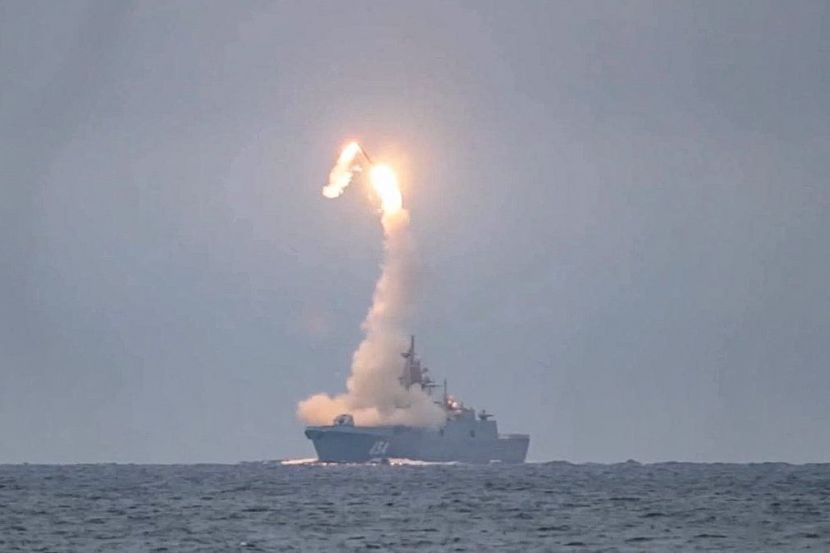 Russia's hypersonic Zircon missile being launched from the White Sea

Russia has successfully tested the Zircon hypersonic missile capable of destroying US cities in the event of a nuclear war.

The Russian Ministry of Defense said in a statement released on November 26 that it had launched the hypersonic missile, also called Tsirkon, from the White Sea against a target in the Barents Sea.

Russia said the launch of the new-age 6,000 mph hypersonic Zircon missile was successful.

The devastating weapon has been identified by Moscow’s state-controlled TV as Russian President Vladimir Putin’s weapon of choice to wipe out American cities in the event of nuclear war.

The Zircon missile was launched from the lead frigate of project 22350 Admiral Flota Sovetskogo Soyuza Gorshkov in the White Sea and, having covered 450 kilometers, hit the target in the Barents Sea.

“The missile’s speed was more than Mach 8. The closure of the firing area was provided by the Northern Fleet forces operating in the Barents Sea, including the missile cruiser Marshal Ustinov and the frigate Admiral Flota Kasatonov,” the release added.

Upon completion of the tests, the hypersonic complex will enter service with the submarines and surface ships of the Russian Navy.

In addition to the naval version, President Vladimir Putin previously mentioned the development of a land-based Zircon.