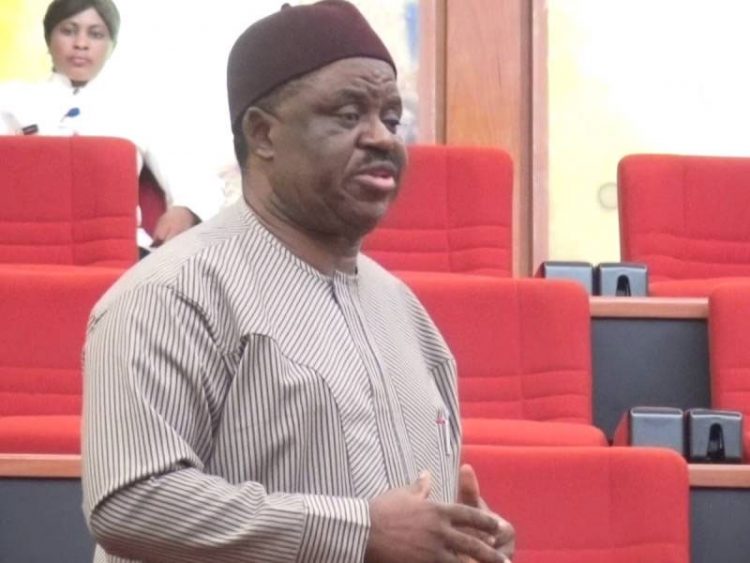 Former Governor of Ebonyi State, Sen. Sam Egwu has asked security agencies to arrest him if it is proved that he, alongside other leaders, are planning to instigate violence in the state.

The News Agency of Nigeria (NAN) recalls that Gov. David Umahi in a broadcast on Nov. 27, announced that he received information that some political leaders were planning to instigate crisis in Ebonyi with the aid of cultists and an outlawed secessionist group.

Egwu, the first executive governor of the state, told a NAN correspondent in a telephone interview on Saturday that such allegation should be investigated properly by security agencies.

“They should investigate and arrest me if it is proven that I discussed with anyone or attended a meeting where the issue of instigating violence in the state was discussed.

“I am speaking for myself and if it cannot be proven that I discussed or attended such meeting, they cannot do anything to me,” he said.

“The governor as the chief security officer of the state should seek the full details of the report from his informant and he knows what to do subsequently.

“I have been a governor of Ebonyi and wonder why I should connive with people to cause violence in a state I have governed.

“I don’t have such character and anyone who has evidence against me on such issue should prove it,” he said.

He said that Ebonyi had been and would continue to be a peaceful state as a governor’s defection to another political party should not be problem.

“Anyone is free to move to a party of his/her choice and it is not a crime that we belong to different parties.

“The governor should feel free to confront any of us when he hears and sees anything to sort such issues.

“He is the state governor and anyone he seeks audience with will answer him,” he said.