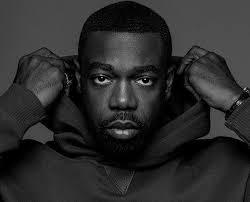 The new song is a meeting point between traditional African rhythms, choirs and avant-garde urban sounds.

Meanwhile “No Unga Bunga” is the first track off his forthcoming album, set for release in 2021.

‘No Unga Bunga’ is both a cry and a message in the face of adversity by standing proud, strong and united.

With the sad loss of his father, the legendary Camerounian saxophonist, Manu Dibango to COVID-19 earlier this year, James BKS grapples with continuing and embracing his father’s legacy.

James’ newest single ponders on his internal battle and his desire to stand on his own and carve a niche for himself.

According to him, “This song is about me embracing my path no matter how hard or long the road to success might be.

‘No Unga Bunga’ is about heritage, not material things but what is truly meaningful and precious: education, love, lessons, advice, time”.

The song was premiered by Annie Mac of BBC 1Xtra and is officially out now via Idris Elba’s 7Wallace label and available for download and streaming on all digital platforms.