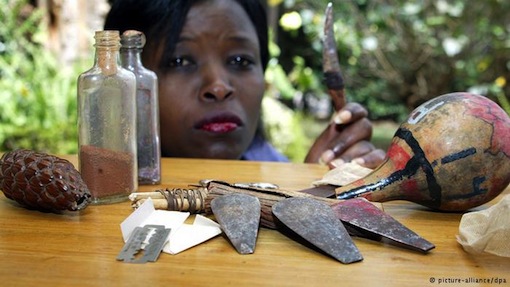 Oyo State Government says it is collaborating with a private firm, HACEY Health Initiative, to end Female Genital Mutilation (FGM) in the state.

According to Dr Bashir Bello, the state commissioner of health who spoke at a stakeholder forum, titled: ”Dissemination of Research Findings on Female Genital Mutilation”, held on Friday in Ibadan, there has been a drop in the practice, because of the awareness created on FGM.

“But we still have lower level of knowledge as to why female genital mutilation must be reduced.

“The important thing to note is that there has been an existing law, that carries a two-year penalty, for any form of violence against women.

“But I want to emphasise that for FGM; which if explored further, is like an intention to murder because, while in practice, it can lead to heavy bleeding and death,” he said.

He assured the people that government would not relent in its effort to curb the FGM practice in every nook and cranny of the state, saying that government efforts will focus on Primary Health Care (PHC) centres, being the closest to people at the grassroots.

Bello said that Gov. Seyi Makinde had been giving support, encouraging, and working with all development agencies and relevant ministries, to ensure the delivery of qualitative primary health care services

The Executive Secretary, Oyo State PHC Board, Dr Muideen Olatunji, noted that a robust approach was needed after identifying an issue, to seek partnership with other organisations willing to assist the government in advancing a cause.

Olatunji said the reasons for the collaboration was to help in putting an end to FGM, stating that six out of the 33 Local Government Areas of the state had been selected for the pilot phase of the collaboration, before it would later be extended to the remaining 27 LGAs.

Speaking on behalf of Hacey Health Initiative, Mrs Oluwatomi Olunuga, said “from our findings, there is a high level of awareness on FGM in the state but there is poor level of knowledge on FGM.”

Olunuga, therefore, called for high level enforcement of the law, which would serve as deterrent to members of the community who still indulged in the practice.

She further urged the state government to put in place such strategies that would enforce existing laws against the practice, while engaging FGM practitioners to begin looking for alternative means of livelihood.