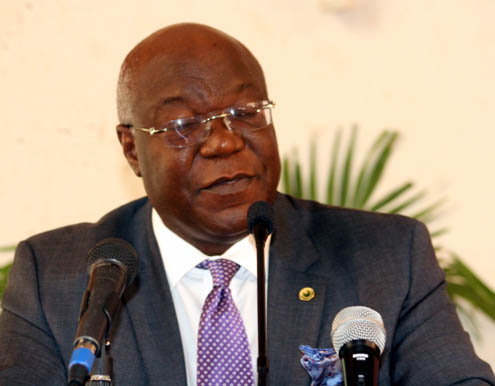 The theme of this year’s conference was: “Community Policing and Neighbourhood Protection; Balancing Social Security and Peace Education for Sustainable Development”.

According to her, the action is needed at national and local levels to effectively enhance security for peace, stability, and development to thrive.

She noted that such an approach was relevant for prevention and recovery in communities under the burden of criminality, violence, and insecurity, especially in urban areas.

“If the government should implement policies on peace education, social protection, and community security, it will go a long way to curb anti-social activities of folk-devils and gangsterism through the instrumentality of the state.

‘’The activities of folk-devils and gangsters indicate the manifestation of physical and verbal aggression against the general public.

“The community security and social cohesion approach too is also seen as a response to the complex challenges of violence and insecurity,’’ she said.

She stressed the need to identify vulnerable groups and design community based social safety nets to improve the conditions of urban residents and discourage gangsterism, among other vices.

She added that strengthening social prevention initiatives by local government authorities, non-governmental agencies, religious institutions, and others, to address underlying causes of crime, such as unemployment, lack of income generation opportunities,

Also speaking, former Vice-Chancellor, University of Lagos, Prof. Oye Ibidapo- Obe, harped on the need to improve on the various security apparatuses of the country to win the confidence of investors.

‘’Security is a huge challenge in the country today and there can be no national development if there is no peace.

‘’So, those investors that were hitherto interested in coming to the country based on the population and the market that we have here are changing their minds because they cannot guarantee their investment.

‘’We all know what happened during the #EndSARS. The looting, destruction of property are not all good for security and development and so, it is a big issue.

“The Nigeria Police will still be there, there will be a hierarchy to use, local police, which will be under the local government.

“There will be a state police and there will also be a national police, like we already have and each of them being guided by the communities,” he said.

The former vice-chancellor lauded the institute for organising such conferences over the years to create a platform for the exchange of ideas among all stakeholders.

”The way forward is what this institute has been doing over time. For instance, look at the issue of community policing.

”People are making it political and it is not a political issue. The whole idea is for people to collaborate with law enforcement agencies and understand their environment,” said Ibidapo-Obe, who was chairman of the occasion.

Ogundipe, who is also the President of the Institute, noted that a security professional was the defender of victims of crimes and the conservator of basic human rights in the country.

According to him, security practice has become more competitive and sophisticated than ever before in the history of the country, adding that the development had brought added responsibilities on the contemporary security practitioner.

”This makes him to exert himself completely and devotedly to work.

”No requirement for the security practice is more than character. A brilliant security professional without character can be dangerous to the society,” he said.

Ogundipe, however, stated that the present generation of security practitioners owes a duty to ensure that its modern institutions were not desecrated.

Mr Adebayo Akinade, Director General of the institute, said the theme of this year’s conference was apt, as it was intended to x-ray the social security and peace education as a means of tackling issues of urban violence.

He added that there was an urgent need to look at ways of rehabilitating and empowering the youth in a bid to create peace and stability in the country.

“The frequent breakdown of law and order in the society was becoming a major cause for concern, forming a collaboration with security agencies could be a major breakthrough to a more sustainable and productive environment.

“Academia also had a major role to play, with research and constant sensitisation on the dangers of criminality, especially among the youth, could go a long way to turn the situation around.

”We should pay more attention to the youth because they are more vulnerable.

“We need to educate them and sensitise them constantly, as well as empower them so that they too will stay away from crime and contribute their quota to national development,” he said.

The News Agency of Nigeria (NAN) reports that the investiture and induction of distinguished fellows, new fellows, members, and associate members would be held on day two of the event.