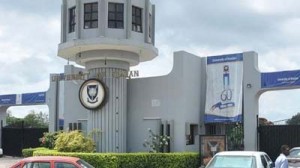 The Senate of the University of Ibadan will hold a special meeting on Monday, 30th Nov. 2020, to select one of its members as Acting Vice Chancellor.

This came as a result of a letter from the National Universities Commission (NUC) directing the suspension of the process of selecting a new Vice Chancellor for the institution which had stalled despite the directive from the Minister of Education on the matter.

A copy of an internal memo signed by Morenike Afolabi, Deputy Registrar Senate, Admission and Affiliated Institutions (SAAI), on behalf of the institution’s Registrar and obtained by News Agency of Nigeria (NAN), said the special meeting had been scheduled for 10 am, at the International Conference Centre.

“Agendum: Selection of one of its members as Ag. Vice-Chancellor (The candidate must not be one of the contestants for the position of Vice-Chancellor). Please attend and be punctual,” the memo read.

According to a source close to the management of the institution, this would be the first time the nation’s Premier University will be selecting an Acting Vice Chancellor.

“It is a shame for the outgoing VC not to midwife a succession. It has never happened in the history of the University,” the source said.

In a letter dated 27th Nov. 2020, the NUC had directed the Governing Council of the University to appoint an Acting Vice-Chancellor to take over from the outgoing Vice-Chancellor, Professor Abel Idowu Olayinka, on Nov. 30.

The directive became expedient following the stalemate in the appointment of a new vice-chancellor to replace Olayinka, whose term expires on Nov,30.

The Executive Secretary of NUC, Prof. Abubakar Rasheed, had said in the letter addressed to the Pro-Chancellor of the University, that the appointment of an acting Vice-Chancellor was to avoid a vacuum in the administration of the university.

The Pro Chancellor of the institution, Nde Joshua Waklek was also summoned to Abuja by the NUC, following the meeting held on Monday that resulted in another round of protests by the two Non-academic staff unions, citing non compliance with due process as stated by the NUC in its letter of 23 Nov. 2020.