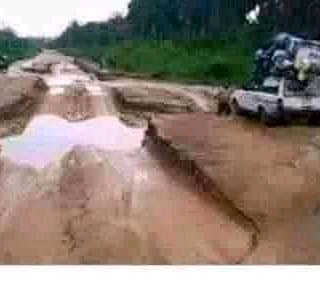 A group of youths of Etche local government in Rivers State have disclosed their plan to stage a peaceful protest on Tuesday, next week to draw attention to the state of roads in some locations in the Local Government Area.

The planned peaceful protest/demonstration scheduled for 7am on the said day will take place at Afara, Egwi Mba road within the Local Government Area while the takeoff point is the State School Umuede Mba (Opposite Adventist Church Mba).

The youths who are operating under the umbrella of Concerned Etche Youths said they have decided to act as their leaders have failed and abandoned them.

They said it is unfair for Government Nyesom Wike’s government to keep erecting flyovers and major road constructions in Port Harcourt while Etche “remains in darkness”.

One of the organizers, Fred Fred said the youths are ready to resist every attempt to scuttle the protest.

Some of the roads they say demand urgent attention and repairs are: Ulakwo to Igbodo, Eleme Junction to Igboh, Egwi to Mba, Etche to Ngor Okpala, Umumbiri to Amaku among others.

The group noted that despite the fact that Umuechem- Etche was the second place oil was discovered in Nigeria, the area is still bereft basic amenities and inaccessible by road.

They noted that Etche has over 250 producing oil wells and a host of flow Stations. It is also said to have the largest deposit of natural gas, south of the Niger River.

Attempts were made on July 2, to stage similar peaceful protest but was allegedly scuttled by Etche local government Chairmen, Obinna Anyanwu, who threatened to deal decisively with Protesters because their actions would embarrass Governor Nyesom Wike.

The area is one of the host communities of the government owned multi-billion naira palm oil production company Risonpalm, as well as Delta Rubber Production Company.