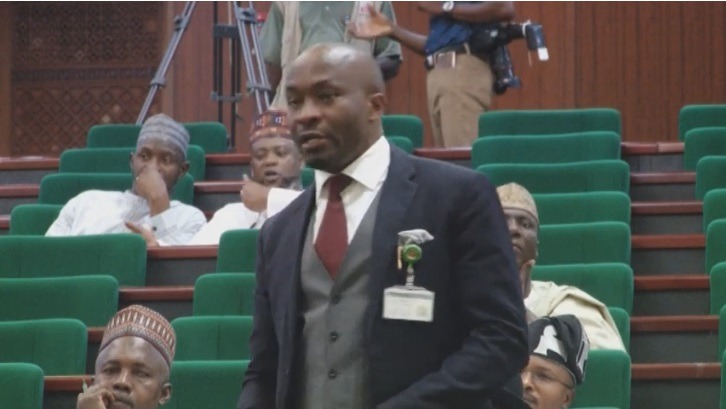 Mr Benjamin Kalu, Chairman, House of Representatives Committee on Media and Public Affairs, says Nigeria must strengthen its laws to ensure politics is practised without ethnic, religious or tribal considerations.

Kalu (APC-Abia), who made the call on Sunday in Abuja, said Nigeria must strengthen its electoral institutions to reduce the influence of those in power.

“We saw in the (recent) U.S. elections that the ‘power of incumbency’ had no influence over electoral institutions unlike in most African democracies.

He stressed that the U.S elections had also shown that “the independence of institutions and unbiased electoral umpire cannot be questioned; the credibility of the institutions cannot be easily influenced even by a sitting president or governor”.

Kalu also said that there must be equal opportunities for all to participate in politics, adding that women should be supported by family and friends.

The lawmaker commended the emergence of Kamala Harris as the first female Vice President-elect in the Nov. 3 U.S elections, saying that women should be motivated to participate in politics and not be called names when they do.

According to him, some of these women were born leaders, and what was required was for them to be given the chance to make a contribution, saying that women should emulate Harris and work hard, rather than wait for the platform to be given to them, to secure political power.

“I am proud of Americans, for the first time, they have given a woman a chance to become the second citizen of the U.S. It is something we need to emulate, we need to know that in politics and leadership of a nation, ethnicity, race or religion should not play a role.

“I am currently working with lawmakers around the world on a ban on the use of religion, during elections and in politics.

“We need a ban on discrimination; once somebody has the competence, he should be seen as being able to lead and not be rejected on grounds of ethnicity or religion”, the lawmaker said.

Kalu said that the 9th Assembly had demonstrated the strong political will to enhance the electoral process in the country by amending the Electoral Act, stressing that the House had debated and passed the amendment bill for second reading, urging all Nigerians to participate in the public hearing, when it is scheduled.

He urged African leaders, particularly in Nigeria, not to insist on contesting election outcomes in court but to ensure that they delivered dividends of democracy to the people.