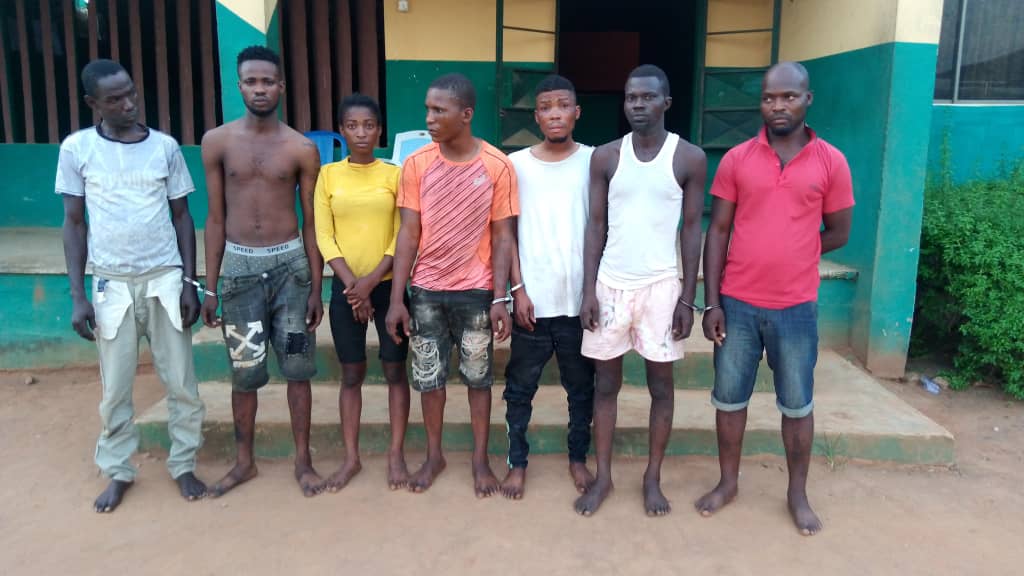 The Police Command in Lagos State has arrested seven suspected members of a cult gang, Eiye Confraternity, operating at Agura, Ikorodu area of the state.

The state Police Public Relations Officer (PPRO), SP Olumuyiwa Adejobi, said in a statement in Lagos on Sunday that the suspects were arrested after they attacked some members of vigilance group in the area called “Agbekoya.”

“Others who were in possession of their dangerous weapons fled the scene on sighting the police,” the police spokesperson said.

The PPRO said that the suspected cultists attacked the vigilance group to avenge the recent arrest of one of their members by the “Agbekoya” group.

“They caused varying degrees of injury on the vigilantees, using machetes and guns.

“Items recovered from them include machetes, charms and a green bus with Reg No: LAGOS APP 600 XA that they use for operation,” he said.

Adejobi said that the police command was determined to eradicate cultism in the state.

He said the state Commissioner of Police, Hakeem Odumosu, had directed that the case be transferred to the State Criminal and Investigation Department (CID), Panti, for proper investigation.

“This will send signals to other cultists and men of the underworld that Lagos state will be too hot for them to operate or hibernate,” he added.