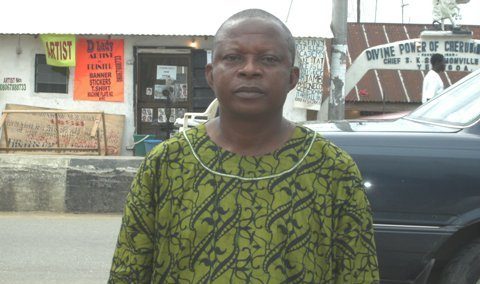 The shocking remembrance by the organizers of the maiden award about Ofiebor’s meritorious imprint in Journalism practice while in Benue, and its fitting coincidence on his birthday, brought a throwback memories of his sojourn in the ‘Food Basket State of Nigeria”.

Ofiebor, like some other awardees who include, Dan Agbese of Newswatch magazine fame “could not attend the event in person because of the perilous conditions of roads in the country as well as the activities of rampaging bandits on our highways”. Ignatius Chukwu, also an Awardee, received the award on behalf of Ofiebor.

Roll call of other awardees who were unavoidably absent at the ceremony include; Mr. Dan Agbese, Elder Toryima, Peter Kumba, John Aduku, Fidel Onyeneke, and Alexandra Mede. They were however represented by families and friends who received the awards for them.

It is noteworthy that as a greenhorn in Journalism more than three decades ago, Ofiebor, kicked off his Journalism career during his National Youths Service Corps, NYSC, in 1985/86 at the Benue State Government Printing and Publishing Corporation, BPPC, Makurdi, Publishers of THE VOICE group of newspapers as a Reporter.

He was one of Benue State Government NYSC Merit Award Winners and was subsequently offered automatic employment in August 1987 as a Reporter with The Voice group of newspapers at the expiration of his meritorious service. He left The Voice group in 1991 at the creation of Kogi State out Benue State.

Another prominent among awardee was Mr. Ignatius Chukwu, a veteran Journalist, Regional Editor and General Manager, Business Day newspapers but based in Port Harcourt, practiced for more than 20 years in Benue State.
Chukwu risked bandits and terrible roads to come to Makurdi from Port Harcourt to grace the occasion and received his award.

In his remark, a prominent awardee, Chief Goddy Ikerave, former member, House of Representatives and former Chairman, Benue Council of the NUJ, commended the initiative of One-Stop Media Consultancy for recognizing professionalism.

Rose Onjefu, a German trained veteran photo journalist who lost a leg while on official assignment said she was thrilled that her modest contributions in the profession were recognized.

Law Possible Ediba, who started practising in the early 1970s, particularly said the award was the best thing to have happened to his life.

Usigbe, a Journalist/Publisher of more than twenty years, also said that the award was the best he has ever received, coming from professional colleagues.

Mrs. Joyce Bur-Akuraga, another awardees said she was thrilled to be counted worthy of the awards. She added that she was happy that the awards were credible, adding that the organizers had shamed those who had accused them of initiating the awards for financial gratification.

Ofiebor expressed appreciation to organizers for the remembrance of his modest contributions to development of Benue State Government newspapers, The Voice, in particular and Journalism practice in general.

Governor Samuel Ortom of Benue State, who was represented by his Special Adviser, Media, Mr. James Uloko, in a solidarity message, commended the organizers for the initiative and promised that his administration would support the intention of making the awards an annual event.

Mohammed Garba, former NUJ President was represented by Kris Atsaka, also a former Chairman of the Benue NUJ. Garba said he was shocked to learn that the Benue Council of the NUJ had shunned moves by the organizers to involve it in plans to honour fellow colleagues. He regretted his inability to attend the occasion due to pressing official engagements.

Chairman of the occasion and also one time Chairman of Benue NUJ, Anza Philips, said he was saddened by the fact that media practitioners usually stay away from their own functions but we’re quick to attend political functions where they worshipped politicians and other personalities whose pedigree were less than those of the journalists. He called for a change in the attitude.

Dr. Daniel Bo, a Lecturer in the Mass Communications Department of Benue State University, Makurdi, regretted the demise of ethical journalism among practising Journalists and insisted that the trend has contributed largely towards worsening corruption in the Nigerian society.

The Best Benue Journalists Awards is an initiative of One-Stop Media Consultancy, Publishers of The Mandate news magazine, whose Chief Executive Officer is Sam Adzegeh, a professional journalist of more than twenty years standing and 2010 winner of the Nigerian Media Merit Award, NMMA.

Adzegeh explained that the awards, planned as an annual event, were initiated to immortalize worthy journalism practitioners in Benue State .