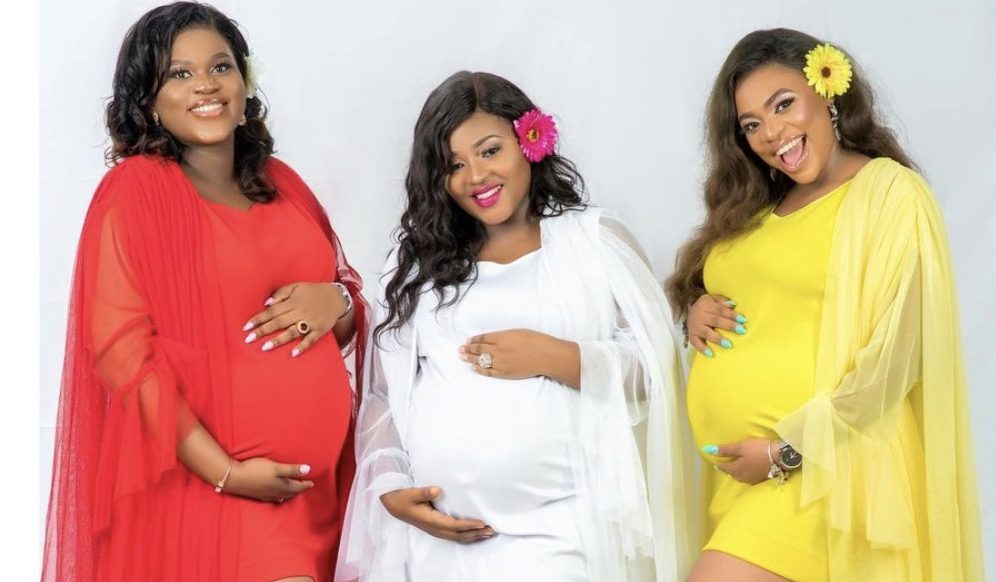 Chioma Ugwa-Brown and her neighbours

A woman dealing in gym wears has shared a story about her and two female pregnant neighbours.

And they all live in the same compound in Lagos, to compare notes and share experiences carrying babies in the womb.

Chioma Ugwa-Brown who shared the amazing story on Instagram wrote:

“People thought we planned it , 3 neighbors in the same compound , All newly weds and we all conceived almost at the same time.

“The experience was so so surreal …… We helped each other through it all whether it was deciding who had the energy to cook that day so we could all eat or who had the strength to drive out and run errands or even contributing to order the junk foods we were craving”.

All the three women have delivered their babies, with Chioma Ugwa-Brown, christening her female baby: CHIMAMANDA CAMILLE UGWA-BROWN.