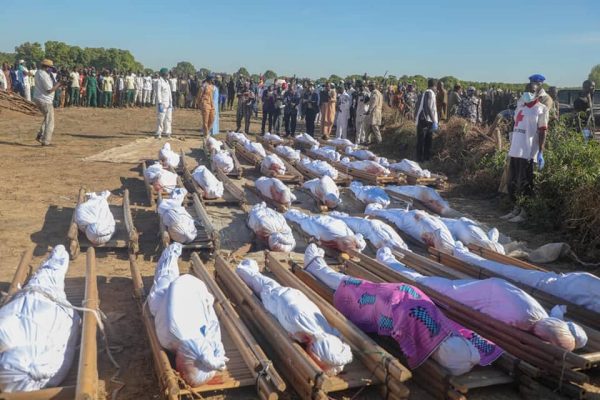 The economist made this declaration over the killing of 43 farmers by Boko Haram terrorists in Borno State.

Moghalu in a Twitter thread described the killing in Zabarmari village as a national tragedy.

He said the Buhari government cannot protect the lives of Nigerians and Nigeria is becoming a failed state.

In another swipe at the federal government, Moghalu stated that it is a travesty that a government that can’t protect the lives of its citizens spends all its energy attempting to suppress #EndSARS, peaceful protesters.

He accused the government and central Bank of Nigeria of calling peaceful protesters “financiers of terrorism”. Moghalu said further that the real terrorists are having a field day with Nigerian lives and no one apparently can stop them and their real financiers. “It is a national shame, he concluded.

The barbaric beheading of 43 Nigerians in Zabarmari village in Borno State by Boko Haram is a national outrage and tragedy. It's increasingly clear that @NigeriaGov is unable to protect the lives of Nigerians. What does that mean? Our country is becoming a failed state. pic.twitter.com/0fl6kAdu4q