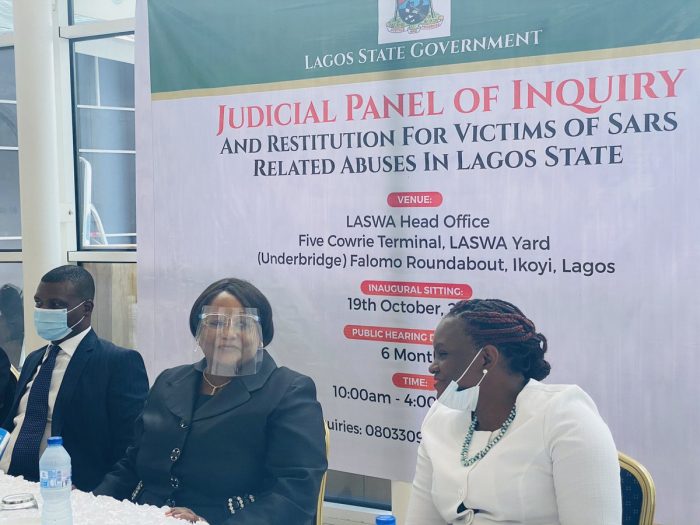 Justice Doris Okuwobi, centre, and other members of the Judicial Panel on SARS

She lamented the spate at which hearings are being dragged intentionally by the police counsels J. I Ebosereme, Emmanuel Eze, and Julio Hodonu.

The police counsels had applied for another adjournment to bring a witness during the hearing of Mr. Ndukwe Ekweke against the disbanded Federal Special Anti Robbery Squad.

The panel who frowned at the appeal for an adjournment stated that the panel has a time limit (six months) to sit and cannot keep adjourning cases for the police counsels.

The case has since then been adjourned severally until today (December 1, 2020) as police counsels applied for another adjournment to bring a witness.

Justice Okuwobi who appeared ready to make a pronouncement adjourned the case for 8th Dec 2020 to enable the police to bring their witness to the panel.