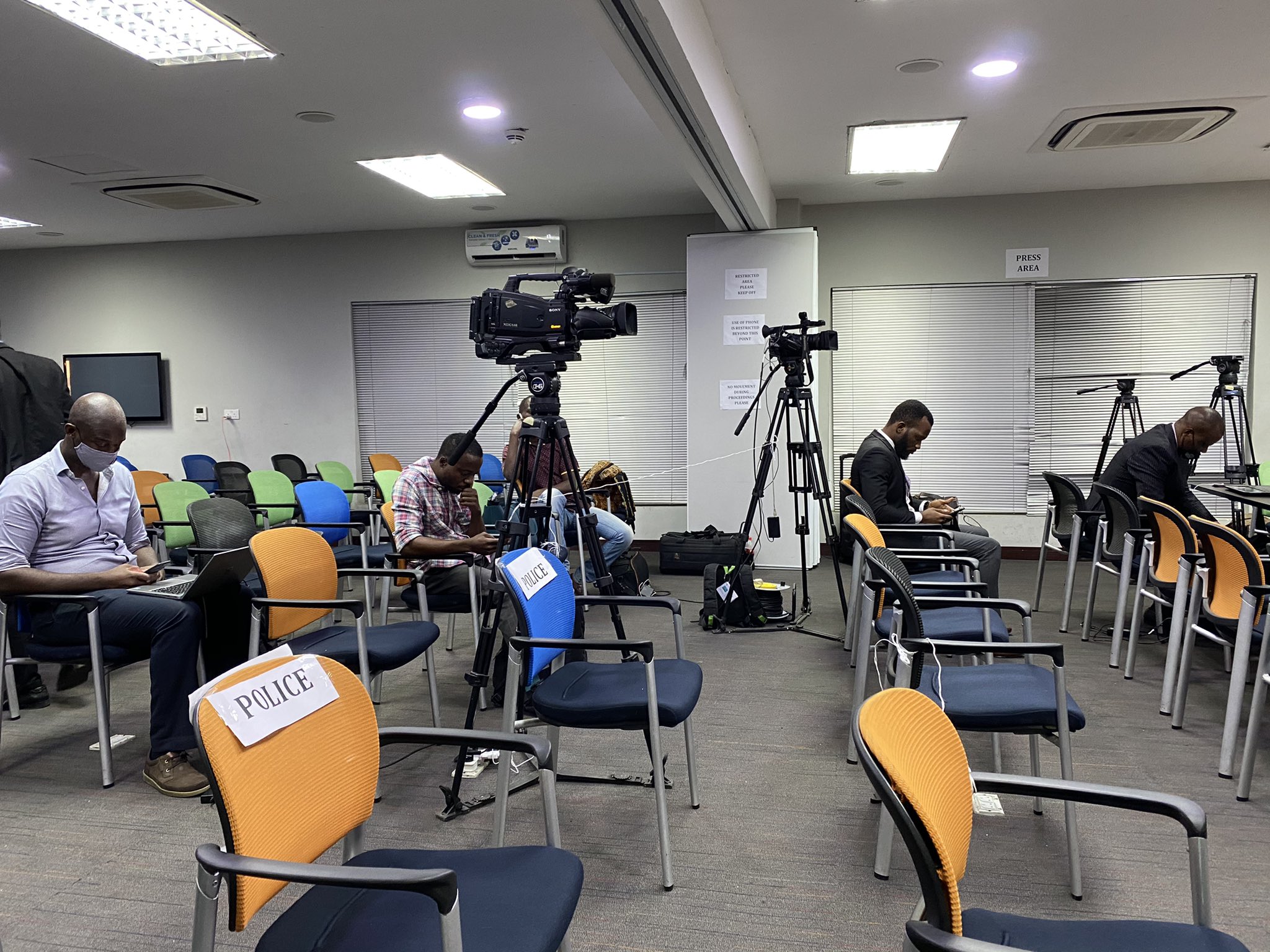 By Taiwo Okanlawon and Muhaimin Olowoporoku

The Lagos State judicial panel on restitution for victims of SARS related matters on Tuesday made new arrangements to limit the movement of journalists and observers during proceedings.

The new arrangements have some barricades restricting movement towards the bar and the bench while police seats have been set up in front.

There some posters pasted with captions “Restricted Area Please Keep Off, Use of Phone Is Restricted Beyond This Point, No Movement During Proceedings Please.”

However, the panel said the limited movement towards to the bar and the bench during the judicial proceedings against disruption, is for vulnerable witnesses and security reasons.

According to the panel chair, Justice Doris Okuwobi, the new security situation in the country warrants it, and said protocols in the court should be observed, even though it’s a panel.

The panel had earlier announced that so far it has received 210 petitions.

The panel which has 6 months to come up with recommendations after hearing all matters announced that by 22nd December, it would stop accepting any petition and focus on hearing.

This would help them meet up with their six months mandate for an efficient compensation process for victims.