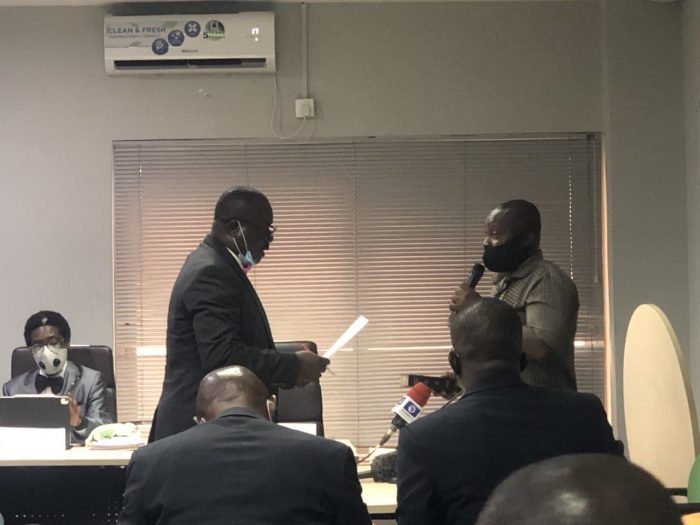 By Muhaimin Olowoporoku and Taiwo Okanlawon

Adebayo Abayomi, a tricycle rider and a part-time teacher on Tuesday narrated how officers of the disbanded Federal Special Anti Robbery Squad killed his mother in 2017.

Abayomi narrated the incident while testifying before the Lagos Judicial Panel of Inquiry and Restitution to investigate cases of police brutality in the state.

The petitioner who broke down in tears as he addressed the panel said back in 2017, he visited his mother who sells beans cake (Akara) for launch and asked her to give him some money. She asked him to come back in few hours.

While waiting for her, Abayomi said he heard gunshots. According to him, SARS officers were in the area to arrest a suspected internet fraudster (Yahoo boy) who was celebrating his birthday.

Abayomi said after he heard a gunshot sound, he received a call from his sister about his mother’s death. He rushed to Olosan police station in Mushin where he was asked to come and saw his mother’s dead body.

After meeting with the DPO at the police station, he was told the SARS officials who came to the area had fled and would be found and brought to book.

Abayomi told the panel that after his mother’s death, former Lagos commissioner of police, Fatai Owoseni, paid a condolence visit to his family.

Months after, Abayomi said he wrote to the CP when nothing was done as regards bringing his alleged mother’s killer to book.

He said he wrote a letter to the Governor’s office and invited NGOs to aid in his pursuit for justice all to no avail.

Abayomi prayed the court for justice on his late mother and demanded that his family be paid a sum of 10 million naira as compensation.

Police counsel, J. I Ebosereme requested that the case be adjourned as the petitioner mentioned one Ibrahim Yusuf as his Individual Police Officer (IPO). Ebosereme said he was not aware of any Yusuf previously.

Justice Okuwobi adjourned the case to December 12, 2020, for further hearing.