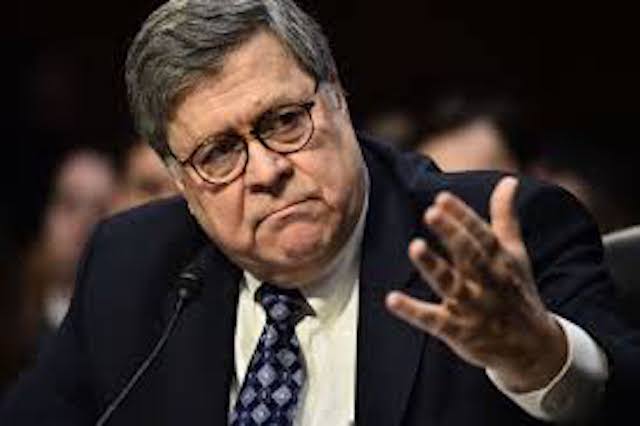 In an interview with AP published today, Barr who had ordered a probe into the election, said the Justice Department hasn’t uncovered significant voter fraud that would change the outcome of the presidential election.

His statement was seen as the ultimate blow to Trump’s unsubstantiated claims of a rigged vote.

“To date, we have not seen fraud on a scale that could have effected a different outcome in the election,” Barr said in the interview.

Barr in his interview rejected the post-election claims by Trump and his supporters of a massive scheme to deprive the president of re-election.

“There’s been one assertion that would be systemic fraud and that would be the claim that machines were programmed essentially to skew the election results,” Barr said.

“And the DHS and DOJ have looked into that, and so far, we haven’t seen anything to substantiate that.”

Attorney Sidney Powell, already dumped by the Trump campaign has been the mastermind of the fictional tales of election systems flipping votes, German servers storing U.S. voting information and election software created in Venezuela ‘at the direction of Hugo Chavez.’

But Barr said there was proof of that.

He said people were confusing the use of the federal criminal justice system with allegations that should be made in civil lawsuits.

He said such a remedy for those complaints would be a top-down audit conducted by state or local officials, not the U.S. Justice Department.

‘There´s a growing tendency to use the criminal justice system as sort of a default fix-all, and people don’t like something they want the Department of Justice to come in and `investigate,´’ Barr said.

He said first of all there must be a basis to believe there is a crime to investigate.

‘Most claims of fraud are very particularised to a particular set of circumstances or actors or conduct. They are not systemic allegations and. And those have been run down; they are being run down,’ Barr said.

‘Some have been broad and potentially cover a few thousand votes. They have been followed up on.’