Breaking: Buhari agrees to appear before House of Reps over insecurity 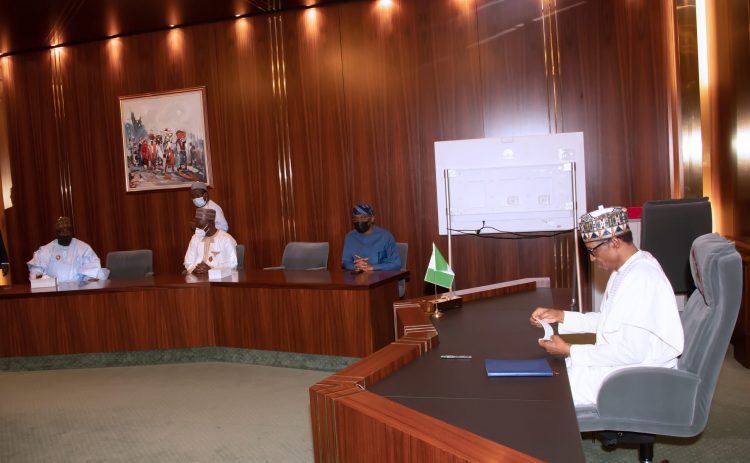 Speaker of the House of Representatives, Femi Gbajabiamila on Wednesday said President Muhammadu Buhari has agreed to appear before the House to address it on insecurity.

Gbajabiamila spoke with State House Correspondents after meeting with Buhari in Aso Rock.

He said the date for the president’s appearance would be made public soon.

At its sitting on Tuesday, the House of Representatives agreed to summon Buhari to brief lawmakers on the security situation in the country.

It came after members debated a motion of urgent public importance on the recent killings of over 43 rice farmers in Borno State by Boko Haram insurgents.

The motion, which among other prayers, sought to investigate the killings, was moved by a member representing Jere Federal Constituency, Rep. Satomi Ahmad, and nine other lawmakers from Borno State.

The lawmakers also urged the President to reorganise the security architecture of the country.

The session, which was presided over by the Speaker, Femi Gbajabiamila, held a brief executive session to deliberate on the decision to invite the President.

The member representing Damboa/Chibok/Gwoza Federal Constituency, Rep. Ahmad Jaha, amended the motion to read: “Invite Mr President to come to the House and explain the security situation in the country.”

The motion for the amendment of the original prayers contained in the motion was seconded by Rep. Munir Babba Dan-Agundi from Kano state.

The motion was endorsed and passed in a unanimous vote by the House.