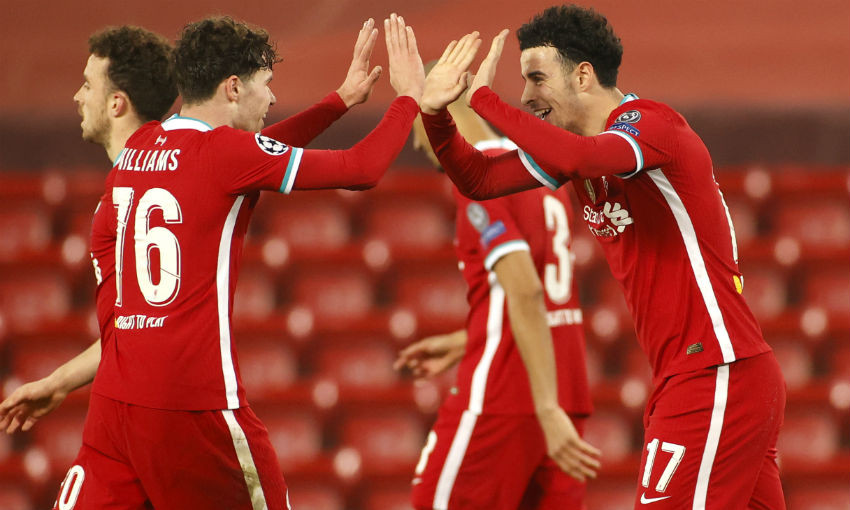 A fine Curtis Jones goal was enough to give Liverpool a 1-0 win over Ajax.

The victory qualified the Reds for the knockout stage

The game got off to an exciting start with Jones hitting the post five minutes in.

Ajax had several chances of their own in the first half with Champions League debutant Caoimhin Kelleher being kept busy in the Liverpool goal.

After the break, the Reds managed to poke their noses in front with two academy graduates combining.

Neco Williams swung in a looping cross and a stranded Andre Onana could only watch as Jones provided a cute finish from the angle to put the Reds 1-0 up.

After substitute Roberto Firmino missed a gilt-edged chance, the Reds had Kelleher to thank later on with the Irishman making a point-blank save to keep out Klaas-Jan Huntelaar’s header.