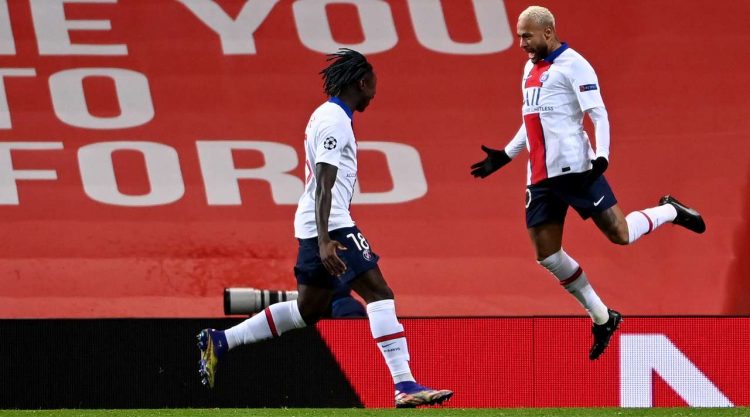 Manchester United stumbled at Old Trafford on Wednesday in a champions league match against PSG, losing 1-3 to Neymar-inspired side.

United had won the first led at PSG 2-1, but stumbled to a determined French league side.

Brazilian superstar, Neymar scored the first goal of the match for PSG in six minutes.

Neymar fired the rebound into the bottom left corner after the ball broke to him in the box.

Rashford tried his luck from the edge of the box and his shot took a deflection and went past the stranded Keylor Navas.

PSG restored its lead on 69 minutes through Marquinhos.

Abdou Diallo sprayed a pass out to Marquinhos and he has an easy job to slot the ball into an empty net.

On 70 minutes Fred was sent off after he received a second yellow card, giving an advantage to PSG.

Neymar completed the job on added time, making it 3-1 for the visitor.

Rafinha played a lovely pass into the box and found Neymar. He tried his luck from close range and coolly struck the ball into the back of the net.