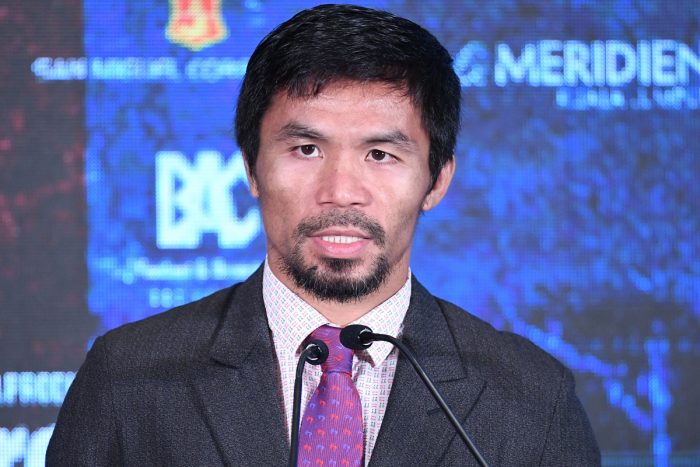 Boxing star Manny Pacquaio has taken over as head of the ruling political party in the Philippines, triggering speculations of a presidential ambition.

The boxer who is now a senator was sworn in as the national president of the ruling political party, the PDP-Lanban party.

This is the party of President Rodrigo Duterte.

‘Pac-Man’ issued a statement from Manila after his election.

He promised to be beholden only to the Filipino people.

“We are here to fight for the poor, the jobless, the homeless, the voiceless, and the hopeless.

“This is what the PDP-Laban under Manny Pacquiao will stand for,’’ he added.

The takeover took place more than one year before the country’s next presidential elections in 2022.

When asked if the takeover was a prelude to Pacquiao’s presidential run, Munsayac said, “It’s still too early to talk about the presidential elections.

The boxing star has not discussed his future political plans.

Pacquiao was just named President of PDP-LABAN, PRRD's party. He's rumored to be eyeing the Top Post in 2022.