Dino Melaye mocks fugitive Maina, welcomes him back to Nigeria 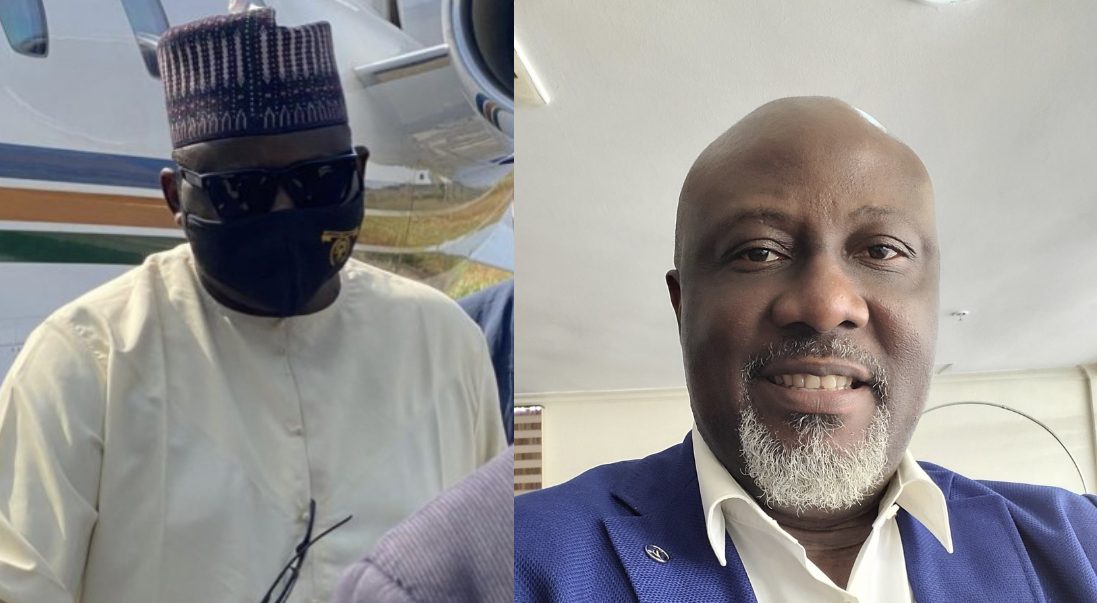 Maina, the fugitive pension thief was extradited to Nigeria from Niger Republic on Thursday to face his N2 billion money laundering charges.

Melaye shared a video of Maina’s arrival at the Nnamdi Azikiwe International Airport in Abuja on Twitter.

He also hailed Senator Ali Ndume who stood as surety for Maina.

Maina, was captured in Niger Republic, where he had sought sanctuary to escape punishment for his crime.

In a major collaboration between Nigerian Police, Nigerien Police and Interpol, the wanted Nigerian criminal was fished out in Niamey Niger on 30 November, weeks after he jumped bail.