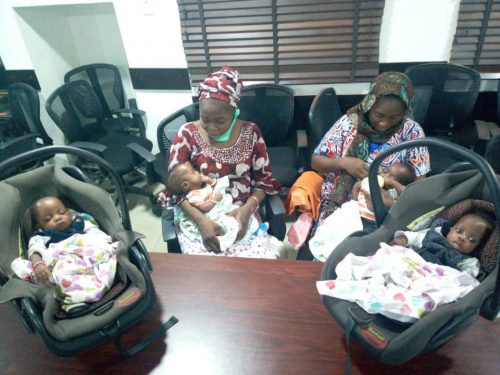 Lagos State Government has presented financial assistance to parents of two sets of quadruplets as a way of complementing the cost of taking care of them.

The undisclosed sum was presented to the families of Ibeh Maureen Anayo(Nee Anyaegbu) and Abosede Akinola by Commissioner for Youth and Social Development, Mr. Segun Dawodu.

The gifts were presented by Dawodu on behalf of the Governor Babajide Sanwo-Olu.

Dawodu stated that the government is aware of the financial challenges that the families of the babies would have to grapple with especially in a period of pandemic. 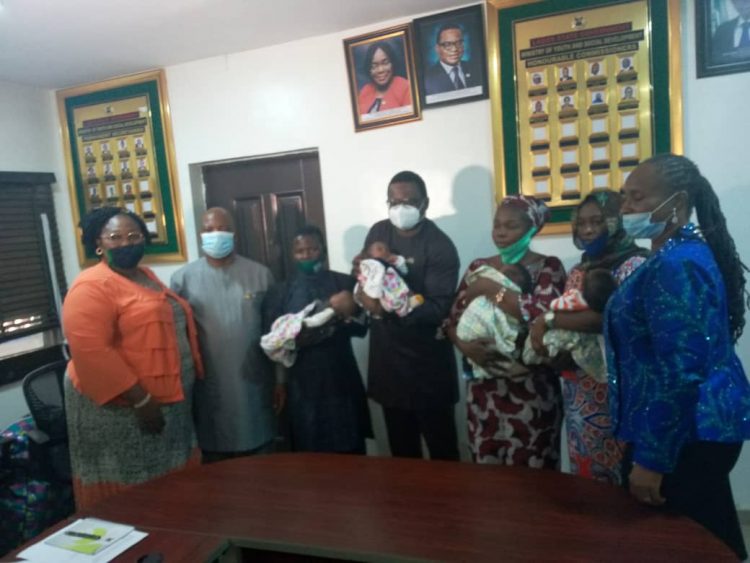 The Commissioner said:”This gesture is not a one-off thing by the Ministry. This is what we do from time to time.

“We just cannot afford to close our eyes to people who have found themselves in a challenging situation such as this.

“It is our responsibility to look for a way to help them and by so doing, the people will know that the government is there for them always. ”

He advised the parents of the quadruplets to continue to take care of the children, adding that the State Government will ensure that the children receive the best care and further necessary assistance.

Ibeh Maureen Anayo (nee Anyaegbu), mother of one of the quadruplets disclosed that the state government stood by her and offered assistance to her from 6 August when she gave birth to her babies at the Federal Medical Centre, Ebute Meta.

Maureen Anayo said: “I have been hearing of state government assisting people in need.

“l used to take such report as mere propaganda not until now that l am a beneficiary.

“I must confess that this has not only come to me as a pleasant surprise but a confirmation of what l have been hearing.

This financial assistance will go a long way in taking care of my babies. May God bless Lagos State,”she added.

Abosede Akinola, mother of the second set of quadruplets thanked Lagos State Government for reaching out to her and her babies.