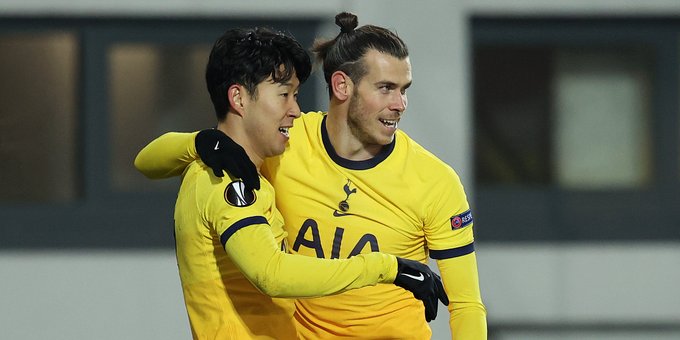 Tottenham Hotspur booked their place in the last 32 of the Europa League despite a lackluster performance which saw them draw 3-3 with LASK.

Jose Mourinho made eight changes for Spurs’ penultimate group game and it showed in the opening stages.

Spurs were forced to go direct as LASK made a very bright start and hit the woodwork in the first five minutes, before taking the lead ahead of half-time.

It looked as if Spurs would be going into the break 1-0 down before Gareth Bale equalised from the spot after a handball.

Spurs didn’t look much better after the restart until Tanguy Ndombele played a beautifully weighted pass into Son Heung-min who kept a cool head and fired his side into the lead. Johannes Eggestein scored a shock equaliser to dampen the Spurs mood, while a Dele Alli penalty only two minutes later put his side back ahead.

LASK refused to lay down and die as Karamoko scored the pick of the goals with a curling effort from 25 yards in the 92nd minute to make it 3-3 and deny Spurs all three points.