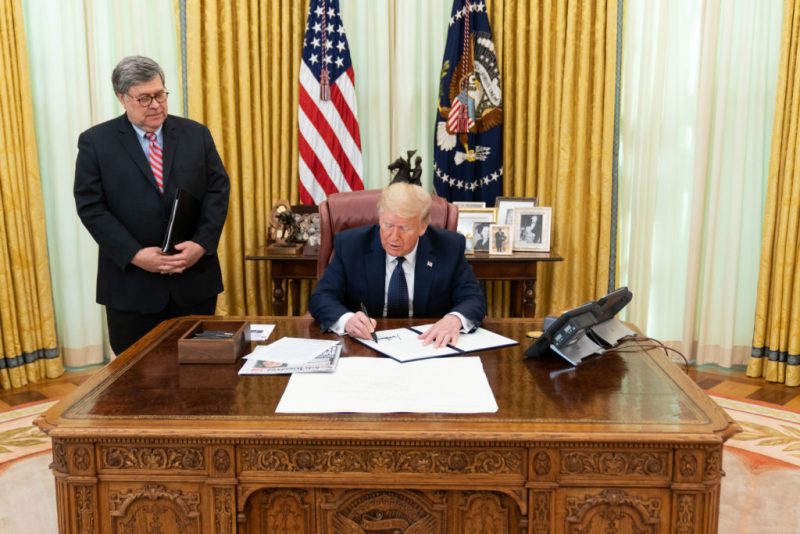 President Trump said Thursday he was disappointed in Attorney General William Barr for saying that the Justice Department had not uncovered evidence of widespread fraud in the 3 November election.

“He hasn’t done anything, so he hasn’t looked. When he looks he’ll see the kind of evidence that right now you are seeing in the Georgia senate. They are going through hearings right now in Georgia and they are finding tremendous volumes,” Trump told reporters in the Oval Office.

“So, they haven’t looked very hard. Which is a disappointment, to be honest with you, because it’s massive fraud.”

Trump declined to offer a vote of confidence in Barr when asked, thehill.com reported.

Trump made the comments to reporters during a ceremony in the Oval Office during which he awarded famed former football coach Lou Holtz the Presidential Medal of Freedom.

Barr said in an interview with the AP published Tuesday that the Justice Department has uncovered no evidence of widespread voter fraud that would change the result of the presidential election.

Barr said that U.S. attorneys and the FBI had worked to follow up allegations of irregularities but “to date, we have not seen fraud on a scale that could have effected a different outcome in the election.”