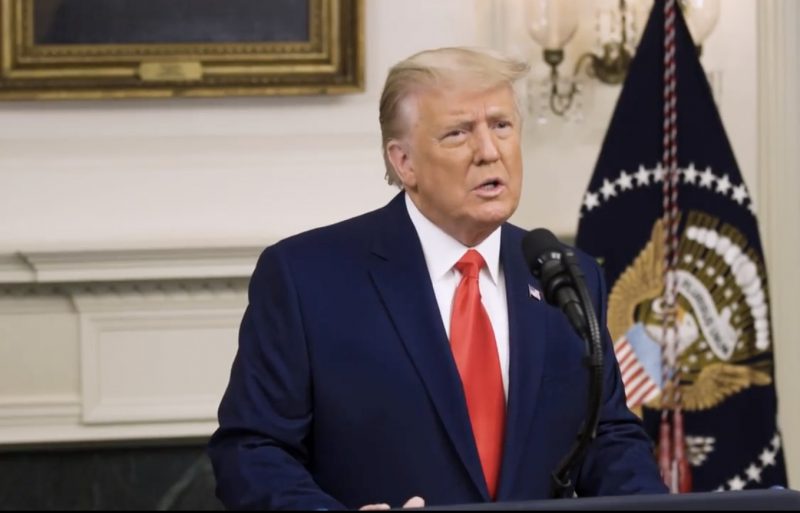 U.S. President Donald Trump tweeted a bizarre video on Wednesday in which he repeated unfounded accusations about the election being rigged and said he would keep up the fight against the outcome.

The new video came a day after Attorney General William Barr, who has long been seen as a Trump ally, said the Justice Department has found no evidence of widespread fraud.

Trump’s baseless claims have gained traction among his followers, however.

Reports said he has raised as much as $170 million for an “Election Defense Fund” from his gullible followers, even though he has lost all cases in court.

Swing states of Pennsylvania, Nevada, Wisconsin, Michigan, Georgia have all certified the results.

Media reports said Trump continued to push his case for election fraud to raise his war chest for future political battles, especially as he has hinted he will run in 2024.