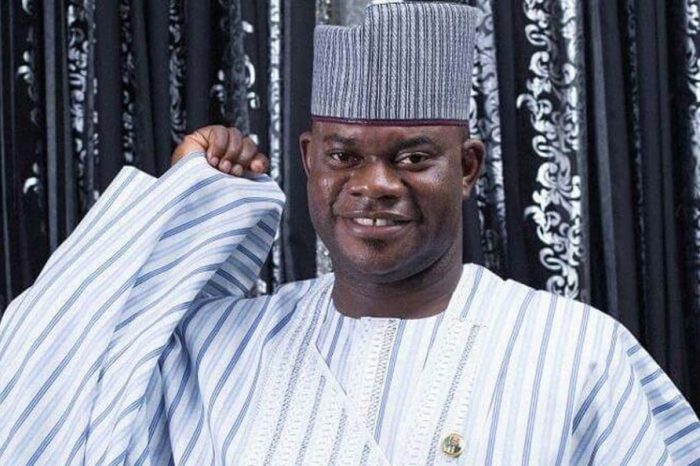 The Kogi State Assembly has thrown its weight behind Governor Yahaya Bello who has been touted for the 2023 presidency.

The Kogi Assembly’s approval came a few days after Yahaya Bello’s commissioner for information and communication, Kingsley Fanwo stated the governor is under pressure to run for the highest office in Nigeria.

Fanwo noted that many Nigerian have asked the governor to contest the 2023 presidential race but he has not informed anyone if he will heed the clarions call or not.

However, House Majority Leader, Hassan Abdullahi, while moving the motion during plenary on Wednesday said the call was predicated on the sterling performance of the Governor since he assumed office in 2016.

The resolution which was passed by the house read in part, “We, the Right Honourable Speaker and Honourable Members of the Kogi State House of Assembly, upon due deliberation of proper motion, therefore, do hereby unanimously make and pass a Vote of Confidence on His Excellency, Governor Yahaya Bello of Kogi State.

“That, this Vote of Confidence is founded upon irrefutable and irreducible incidents of Governor Yahaya Bello’s leadership as the 4th Executive Governor of Kogi State, for a reference period spanning 27th January, 2016 till date, during which he has demonstrated uncommon Courage, Capacity, and Competence at his duty post, even in the face of the most daunting odds.”

The Speaker, Rt. Hon. Matthew Kolawole, who spoke to newsmen after the session, also said, “We have made our case. Nigerians are very reasonable. Kogi is selfless to offer our God-given Governor to Nigeria.”