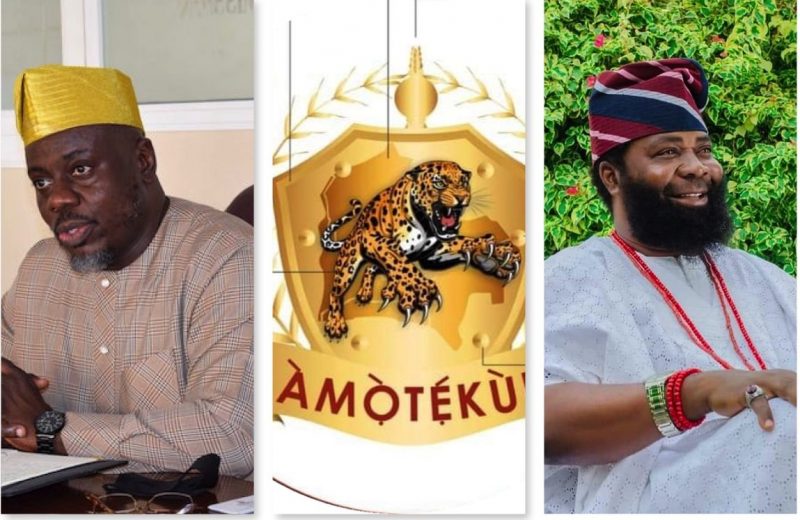 DAWN Commission, the South West agency set up to develop regional development agenda has scolded Amitolu Shittu, the Osun State commandant of Amotekun not to trivialise its mandate.

Shittu kicked off some storm on Thursday when he said Osun Amotekun would not tolerate inde­cent dressing and bas­tardising of Yoruba lan­guage by the youth when it begins full operation in March 2021.

Shittu spoke at a ceremony where Lawrence Babatunde Ayeni, mem­ber of the House of Repre­sentatives empowered over 1,000 youths after their training on dif­ferent vocational works.

Shittu said that although Nigeria’s constitution provides for individual freedom of as­sociation, it did not pro­vide that youths should appear naked or indulge in speaking incorrect Yoruba language.

His comment generated a lot of reactions, with many commenters rebuking him for bastardising the purpose of the security outfit.

His comment was the reason Amotekun trended on Twitter Nigeria on Friday, with some commenters likening Osun Amotekun, with Hisbah in Sharia-implementing states in the North West.

However, DAWN Commission, which inspired the Amotekun, has waded into the controversy.

In a statement, Seye Oyeleye, director-general of the commission said Amotekun was not set up to address trivial issues.

“This is to formally inform the general public that the Western Nigeria Security Network codenamed “AMOTEKUN” was not set up to address trivial issues outside the law establishing it.

“The function and responsibility of AMOTEKUN Corps in the States of Southwest Nigeria has been properly codified and enshrined in the legal framework setting up the Security Outfit.

“The security outfit is expected to work within the limit of the law and any violation of the fundamental human rights of citizens is frowned upon.

“The creative expression, culture and language of people living in Southwest Nigeria are beyond the scope of the security functions of AMOTEKUN.

“The outfit was setup as a complimentary structure to the Statutory Security Agencies to guarantee freedom of expression, protection of lives and property, and by extension, the prosperity of Southwest Nigeria.

“Any abuse or violation of any citizen living within the Region by any member of the AMOTEKUN Corps will not be tolerated by the relevant authorities in the States”.