China plans to roll out 600m COVID-19 vaccines this December 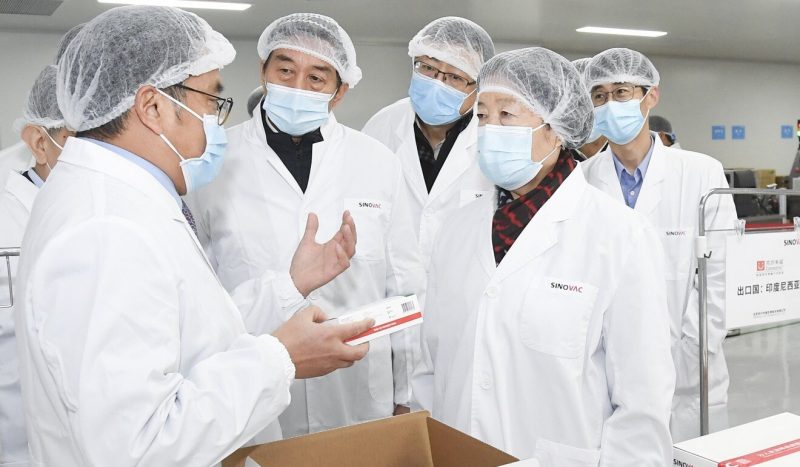 China will have 600 million doses of Covid-19 vaccines ready for use this year and will make “a major announcement” soon, a scientist in charge of vaccine development in the country said on Friday.

Wang Junzhi, from the Chinese Academy of Engineering and also deputy head of an expert task force on vaccine development under the State Council, made the remarks at a briefing in Wuhan.

“Regarding the development of Covid-19 vaccines, there will be a major news announcement in the coming one to two weeks. It’s at the final stage now,” Wang said.

“As planned, there will be 600 million doses of inactivated vaccines ready for market launch this year,” he said, referring to the conventional technique that involves killing off the virus in a lab and using it to trigger an immune response.

Two inactivated vaccines developed by China National Biotec Group (CNBG) and a third by Sinovac Biotech are in the final stage of clinical trials in South America, the Middle East and Asia but the drug makers have yet to release any of the phase 3 data needed for regulatory approval.

CNBG data could be released “soon”, its parent company China National Pharmaceutical Group said on Saturday, while Sinovac is also expected to make an announcement on its phase 3 trial imminently.

A Sinovac spokesman said the company could not provide further details when reached for comment on Friday.

Wang’s disclosure comes after Vice-Premier Sun Chunlan, who is in charge of public health in China, visited a company under CNBG, as well as Sinovac and the national agency that oversees vaccines in Beijing on Wednesday.

She told the drug makers they should “be prepared for large-scale production” of vaccines.