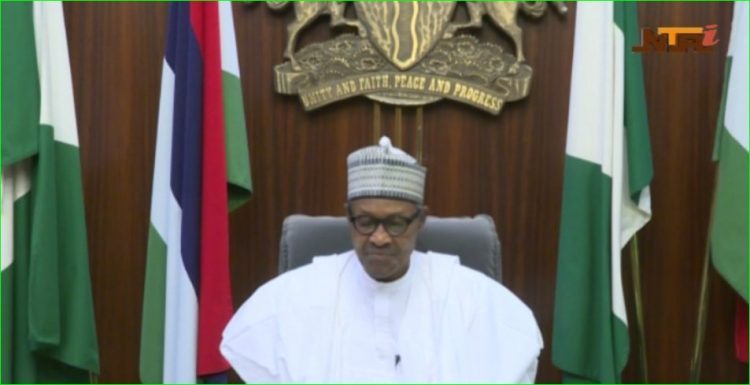 President Muhammadu Buhari : to make broadcast at 7am today

Polytechnic lecturers on Thursday called on the President Muhammadu Buhari-led administration to make changes that will improve the quality of technical manpower in the country.

The Polytechnic lecturers claimed that institutions had suffered continued neglect.

“The sub-sector is replete with details of neglect in terms of governance processes, funding, the policy direction of the government, and well being of members of staff.

“Public Polytechnics and Colleges of Technology in Nigeria have continued to reel in heavy funding deficit and total neglect.

“The needs assessment report of 2014 as it affects the funding deficit in the sector is yet to be implemented and the rot in the sector continues to deepen.

“Capital appropriations from the nation’s budget over the years have been grossly inadequate, coming in trickles, while in the states, institutions are only surviving on the benevolence of interventionist agencies, particularly TETFund,” he said.

Ezeibe also pointed out that the impact of the COVID-19 pandemic had further exposed the vulnerable nature of Polytechnics as none of the institutions could cope with the basic safe resumption requirements like adequate security, appropriate sanitation, hygiene, as well as proper medical provision.

“We don’t have any quarantine or isolation centers in the event that when school resumes students can isolate in them, in case of any infection.

“There is nothing on ground to show that our campuses are safe for academic activities to resume,” he maintained.

The union called on the government to provide adequate security on campuses for members and students and also resume the re-negotiation of the union’s agreement with the government.

Other demands included the commencement of implementation of the needs assessment report for Polytechnics.

The union also called for the recall of dismissed colleagues in the Institute of Management Technology, Enugu, Federal Polytechnic, Mubi, and Rufus Giwa Polytechnic, Owo.

Ezeibe pleaded for the implementation of the new minimum wage in states yet to do so, declaring that the gesture would boost morale and shore up productivity.