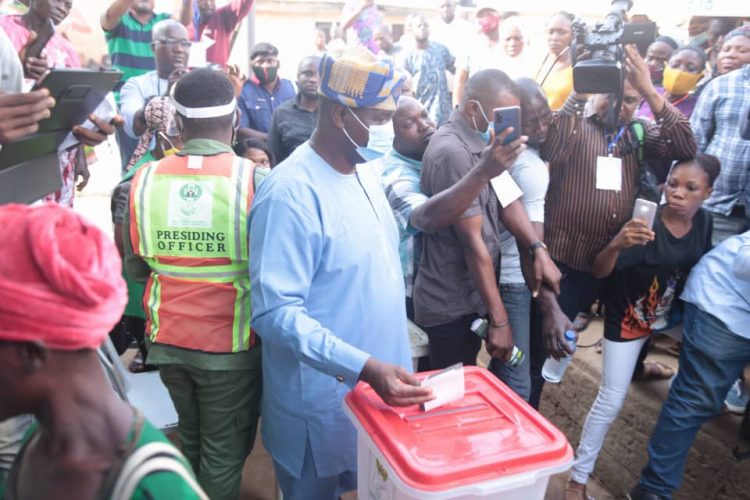 Candidate of the Peoples Democratic Party, PDP, for the Lagos East Senatorial bye-election, Babatunde Gbadamosi has won his polling unit.

Gbadamosi had earlier cast his vote at his polling unit 014.

He accused the All Progressives Congress, APC, of sponsoring violence in some parts of the state.

The PDP candidate who voted around 9:40am said he got reports of violence in some parts of the state, allegedly being piloted by APC thugs.

He also decried lateness in the commencement of voting, saying that INEC officials kicked off the exercise around 9:22am instead of 8:00am.

Gbadamosi also said he is apprehensive about the outcome of the poll, giving the history of election rigging in Nigeria and Lagos.

He said there was calmness in his area, but alleged that “there are some disturbances in some parts of Ikorodu by the other side. They believe that violence and rigging will earn them victory. It is very sad.”

Gbadamosi called on residents to come out and vote to end the problems in the area.

”Come out and vote to end violence, hunger and oppression. We are all traumatized and we cannot continue to use second hand products,” he said.