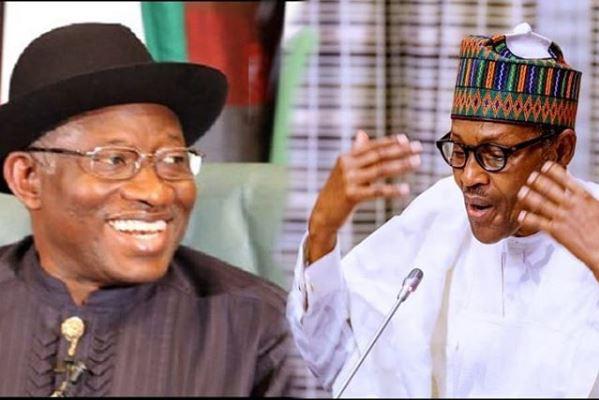 Former President Goodluck Jonathan has urged Nigerians to support the Buhari government’s fight against insecurity, to tackle the menace collectively.

Jonathan made the call on Friday in Abuja during the exclusive command performance by the Commonwealth Community Choir.

The choir, also known as the Port-Harcourt Male Ensemble International, was tagged ‘Peace for All Nations.

The event was hosted by the Minister of Foreign Affairs, Geoffrey Onyeama.

The former president said insecurity is a global phenomenon that is not peculiar to Nigeria due to the excesses of terrorists across the world.

“I was there before and of course, you know there is a lot of insecurity.

“All what we can do is to collectively support the government, encourage the soldiers and other security operatives to do more for our safety,” Jonathan said.

The former president said unity and peace must be collectively upheld by all especially the youth, adding that as a former President he knew the meaning of peace.

He stated that Nigerian youths sometimes engaged in all kinds of confrontation, recalling his conversation with one of his friends.

The former president lauded the programmes organisers for their efforts.

“When you see young people come together to perform with the theme: ‘Peace for All Nations,’ I am quite impressed.”

The Vice President, Prof. Yemi Osinbajo, said nothing could be more important than peace.

Osinbajo, who was represented by his Special Assistant on Religious Matters, Pastor Seyi Malomo, said peace in the society is one of the invincible cement that made everything to work.

“If you remove that peace, everything will somehow collapse. So, peace cannot be coming at a more appropriate time when we are in celebration season of our Lord and Saviour Jesus Christ who the Bible says is the Prince of Peace,” Osinbajo said.

Onyeama said the event marked the commencement of the execution of the mandate that has been entrusted through the choir by the Commonwealth.

He said as part of its mandates, the choir is expected to undertake a global tour of the Commonwealth nations to promote peace and development through music