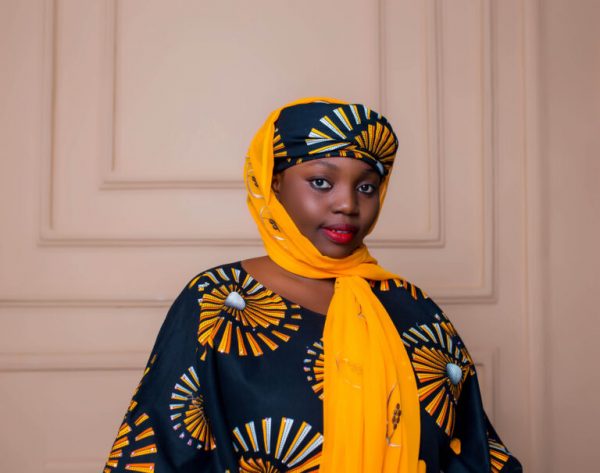 Surayya Yahaya, a 25-year-old, indigene of Kano State, emerged the first runner up in the competition with a story, titled “Numfashin Siyasata,” (My Political Life).

Rufaida Ibrahim, a 25-year-old student of the Federal College of Education, Kano State, came third with a story titled, “Farar Kafa” which literally means “The Wife Who Brings Bad Luck”.

The winner, Umar in her story titled, “Rai da Cuta” (Life & sickness) tells the story of Azima whose husband returns from a trip exhibiting all the symptoms of the Coronavirus (COVID-19).

Although his wife is heavily pregnant, he refuses to isolate himself and remains in denial of the virus.

Azima locks him up in a room but soon finds out she has already contracted the virus from her husband. This eventually leads to the loss of her baby and a long battle for her life.

Umar, who expressed happiness for emerging the winner said, “I have always loved books as a little girl. I would hide to read books.

“Growing up, I would assemble my friends and tell them about a book I read, but in truth it was always a story that I made up in my head.

“I have always been someone who loves to solve problems. I enjoy finding solutions in innovative ways.

“Then I found the internet – the easiest way to deliver my message. That’s how I began to write.”

Marina Forsythe, the BBC World Service Group Communications Publicist, explained that the contest which began five years ago was introduced to give female writers a platform to tell and share their stories.

She quoted the Editor of BBC Hausa Service, Aliyu Tanko as saying: “I’m thrilled that this year’s awards were won by very young writers which show how our primary targets have embraced this competition.

“Many writers have been empowered by these awards over the past five years which is a testimony to how we value our young female audiences.”

Bilkisu Funtua, the Lead Judge, said: “To me all the writers are winners.

“We see a sharp change in the themes and writing styles from what is typically seen in Hausa women’s writing. But Maryam Umar’s ‘Rai da Cuta’ is outstanding.

“This writer was able to incorporate wit and humour in what could have easily been the saddest story.

“She brought to the forefront the nonchalance of our people toward the coronavirus pandemic in a unique style.”

Oluwatoyosi Ogunseye, Head of BBC West Africa said the organisation was pleased to support the competition.

According to Ogunseye, it is important to provide female Hausa writers with the platform to tell their stories.

“This year’s winner highlights a story that everyone can relate to in these unprecedented times.”

BBC Hausa is part of the BBC World Service that offers a breadth of multimedia content which reaches 24 million people across the world on a weekly basis.

It broadcasts to Hausa-speaking audiences, providing radio, online, and TV content in West Africa as well as to diaspora audiences.