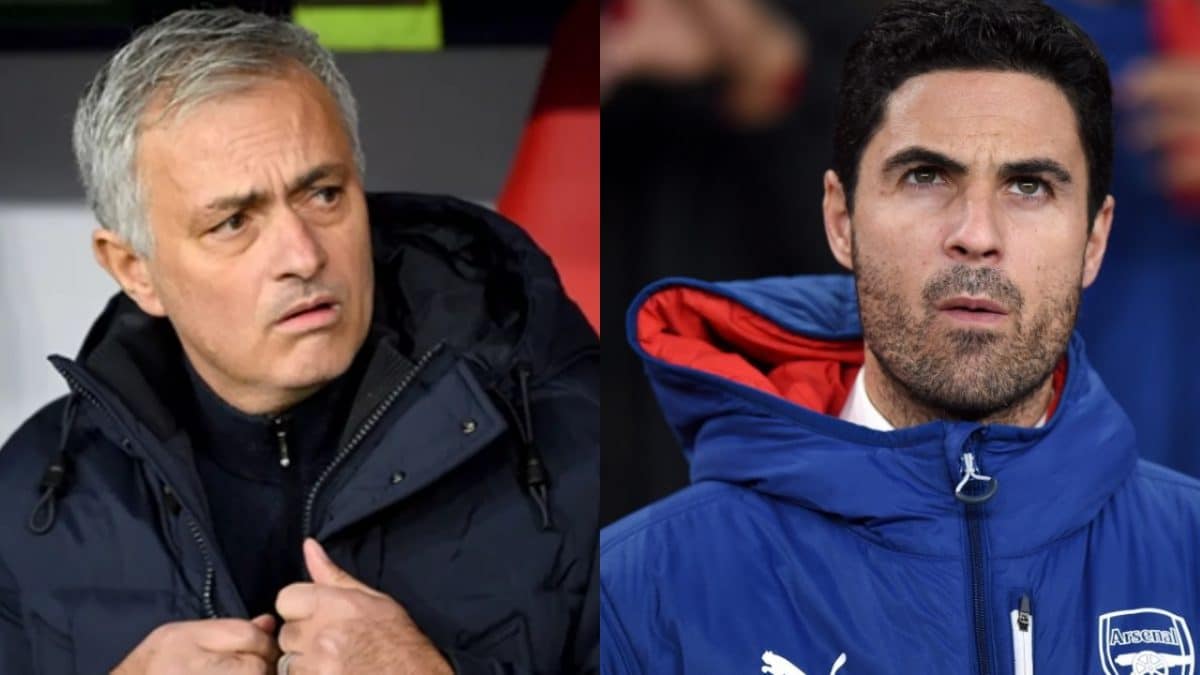 Arsenal coach Mikel Arteta has said that he is a huge admirer of Tottenham Hotspur counterpart Jose Mourinho’s management style.

He added that he was able to learn from the Portuguese by watching Spurs’ all-access documentary series.

The Amazon Prime documentary ‘All or Nothing: Tottenham Hotspur’ followed the club during the 2019-20 season, during which Mourinho replaced Mauricio Pochettino as Spurs manager, before guiding them to a sixth-placed Premier League finish.

Ahead of Sunday’s north London derby between Arsenal and Spurs, Arteta said by watching the series he gained some insights from one of the most successful coaches in the game.

“There are some important moments in that documentary when you can pick some relevant things of why he is getting the success that he is getting,” Arteta told a news conference.

“Mourinho has something really special, that whatever he wants to get into the football club, he manages to do it and he believes that in a way that players at the end they execute what he wants to do.

”Whoever doesn’t do it is not part of that.”

Arteta was coming through Barcelona’s academy at the same time as Mourinho was on the coaching team in 1999, and the pair got along well.

Before being appointed as Arsenal boss last December, Arteta served as assistant to Manchester City coach Pep Guardiola, who has enjoyed a long-standing rivalry with Mourinho.

Arteta believes the experienced duo share the ruthlessness needed to manage a club at the highest level and also the ability to navigate through tough times.