Couple gets miracle baby, after 14 miscarriages, 20 years of trying 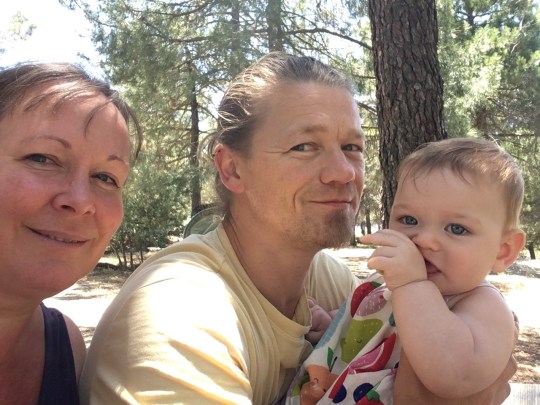 Jo Scollen and her husband Jason and their miracle baby

A couple have finally had their miracle baby, after 14 miscarriages, including IVF solution.

Jo Scollen, 47, from Wimbledon in England, had no trouble conceiving since 2000, when she married her husband, Jason, 49.

But the pregnancy never lasted longer than 14 weeks – and initially, doctors couldn’t work out why.

The couple tried IVF, but it didn’t work, and with funds running out, they had almost given up hope.

But they entered a competition to have a round of IVF treatment in Cyprus and were the winners.

This time, the procedure worked and the couple welcomed baby Jessica Rose into the family last year.

‘It was unbelievable,’ said Jo. ‘I was at the stage where I was on my knees and about to give up.

‘After having that many disappointments, you’re dicing with emotional death the whole way through the process.

‘We had literally run out of funds at that point- both financially and emotionally- and it came entirely out of the blue!

‘It was a miraculous bolt of positivity.’

‘Throughout the whole pregnancy, right up to delivery, we held our breath’

Jo and Jason, both home renovators, met in a pub in Wimbledon, south west London, in 1998. They started dating and quickly moved in together, then began trying for a baby after just a year.

Jo became pregnant for the first time in 2000 and suffered her first loss the same year when she was around seven weeks along.

She said: ‘That was horrendous – all our hopes for the future were there and then our world fell apart.

Read more of the story here