FRSC to motorists: Don't use the phone while driving 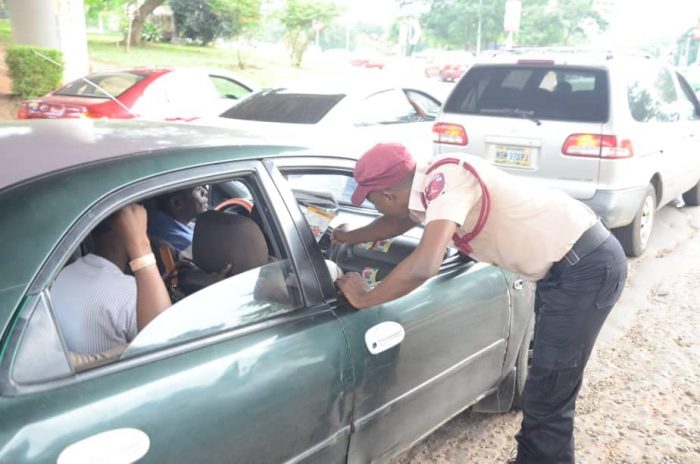 The Federal Road Safety Commission (FRSC) Lagos Command has warned motorists to stop using their phones while they drive.

Olusegun Ogungbemide, FRSC Sector Commander, in a statement on Sunday, announced the warning on Sunday.

He said there is a rising disregard of traffic and safety regulations.

According to him, so many drivers and innocent people have died owing to distraction from the use of phones while driving.

The commander also listed internet surfing while driving, non-use of a seatbelt, driving rickety vehicles that are not roadworthy as other infractions committed by drivers in recent times.

He reiterated the National Road Traffic Regulations 2012 section 166 (1) on the use of communication devices while driving.

Ogunbemide stated that Lagosians are also experiencing a lot of pains due to the actions of drivers who do not obey simple regulations.

He said the FSRC command cannot watch and allow illegality to thrive stating that the corps officials have been given the mandate to arrest all forms of road misconduct.