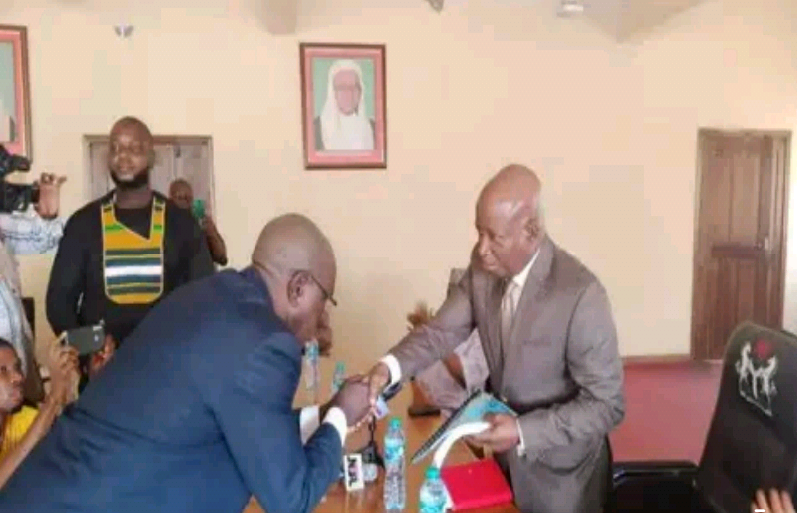 Some retired and dead staff of the Kogi State judiciary are still drawing monthly salaries and emoluments from the system.

The chairman of the committee, Alhaji Ibrahim Alhassan disclosed this while presenting the report, in Lokoja, the state capital.

The report indicted the personnel department of the judiciary for administrative negligence and urged the staff of the department to live up to expectations.

According to the report, lapses were discovered in the Personnel Department on improper documentation of Staff information as well as job description within the terms of reference which contributed to a lot of administrative lapses in the system.

Alhassan explained that the Committee co-opted a retired Accountant, Yusuf Musa for a thorough exercise.

He said the report, which is in two volumes, captured all the terms of reference given to the Committee and its recommendations to the Acting Chief Judge.

Receiving the report, the Acting Chief Judge, Justice Henry Olusiyi, said the report would be thoroughly scrutinized before implementation.

Justice Olusiyi described as unfortunate some of the Irregularities discovered, stressing the resolve of the management to equally carry out an in-house screening of the report’s recommendations without fear or favour.

He expressed appreciation on the commitment of the Committee in carrying out their assignment diligently.